How To Say Good morning.. (With Phonetics) | Learn Scottish Gaelic 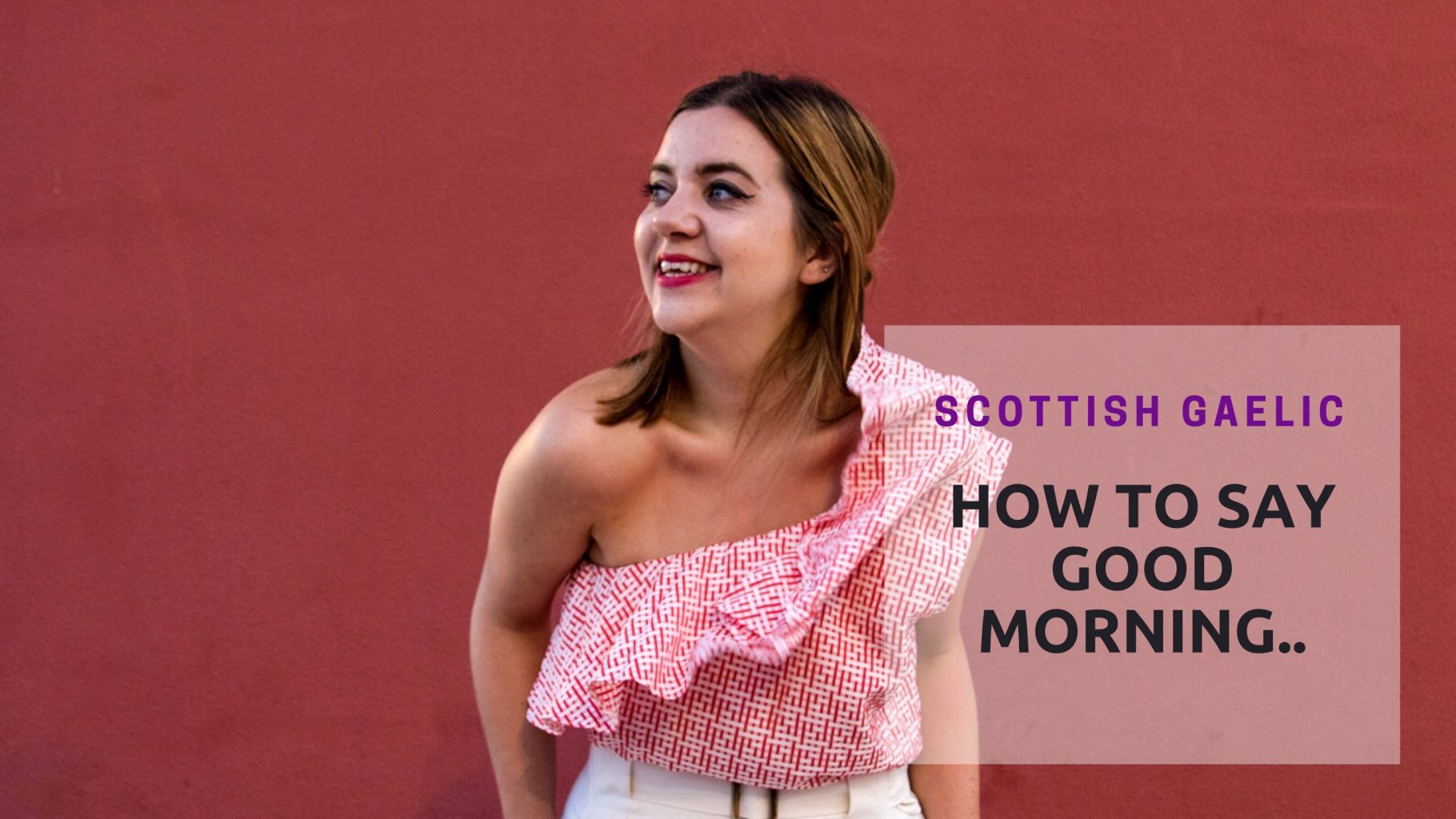 Perhaps you are thinking of visiting Scotland, you live in Scotland or you are a big Outlander fan and you are interested in learning some Scottish Gaelic words, phrases, sayings and pronunciation. Scottish Gaelic is a language that I am very passionate about and I was to make it as accessible as possible for beginners!

Both Peter and I have been struck down by some blimmin’ awful cold. We speak in coughs now, with one triggering the other, almost like yawns. Handy, as we always know where the other is by using this new form of communication.

Jokes aside, I had a fabulous 13 hour (yep, humble brag) sleep. The kind of sleep you only have when you’re ill but it was hugely welcome, and although my nose and throat still give the impression otherwise, I am actually feeling quite sprightly!

So, a little backstory. I grew up in The Western Isles, learning and speaking Scottish Gaelic. It’s a language I love and it never fails to surprise me how few people speak this beautiful language, but also how many say they wish they could.

In saying that, I don’t think it’s a hugely accessible language for beginners. I have searched and searched Google and it’s very..bitty, if you know what I mean. If you don’t live in Scotland, don’t hear it or see it often and to be honest, even if you do, I think it’s a daunting language to attempt.

Sentence structure could be compared to the likes of German but unlike German, the words don’t often read as you see them. And unfortunately for learners, there are a lot of silent letters in the Gaelic language.

I also find Gaelic speakers very precious (as they should be, to an extent) of Scottish Gaelic. We can be very quick to critique someone for saying something wrong or a bit ‘basic’ but not as quick to praise the fact that you are trying and willing to learn a language that let’s be honest, you don’t have to!

We can’t (but do) complain that there isn’t enough publicity or support towards Gaelic when we don’t help ourselves, but on the other hand make people feel inadequate at the first hurdle. It is a lot harder to learn a language as an adult.

Well I appreciate those of you who are willing to spare a little free time to learning this language, whether it be  a phrase, a word, a sentence or the full shebang.

And we’re living in the age of social media where there is far greater reach than ever before, so lets embrace it and help each other!

So, I have started a new playlist on Youtube to help those with no experience Learn Scottish Gaelic

In this video we learn how to say

Take your Gaelic to the next level