Dishoom Shoreditch was our first experience into the world of Bombay cafés and we opted to head along for breakfast whilst down visiting London. 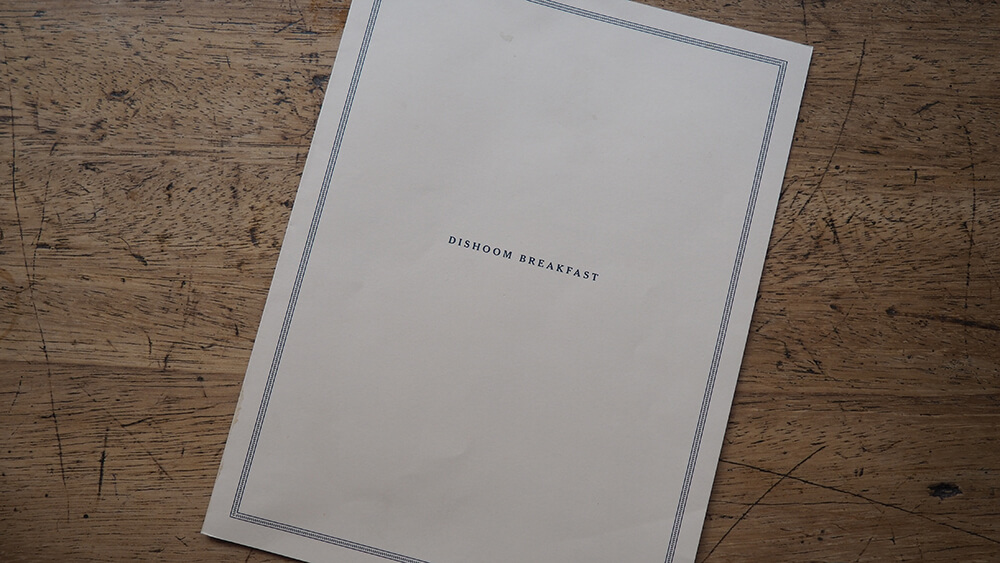 Opened early last century by Zoroastrian immigrants from Iran, there were almost four hundred cafés at their peak in the 1960s. Now, fewer than thirty remain. Their loss is much mourned by Bombayites’

I love this description and I don’t think it couldn’t paint a better picture of what I now know to expect. 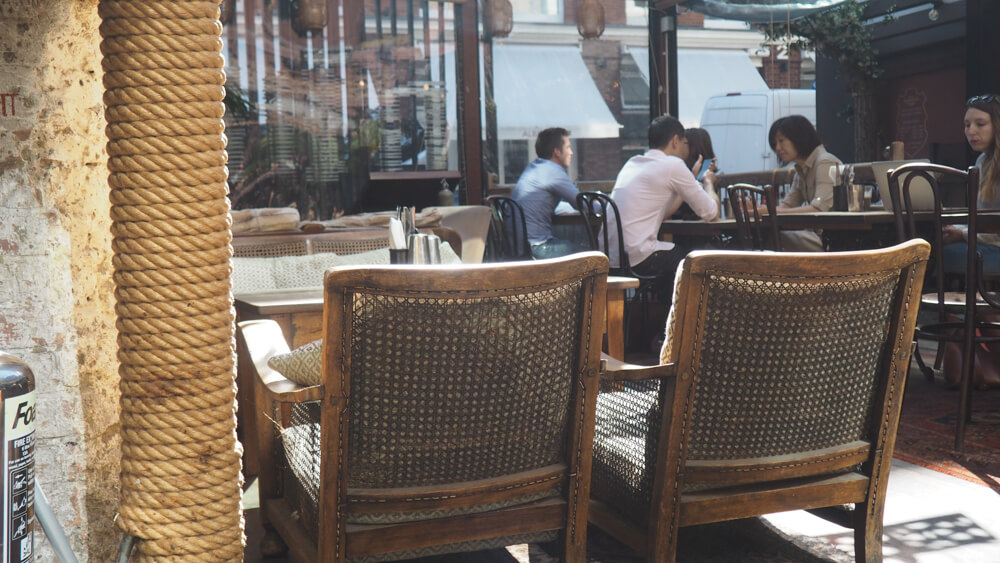 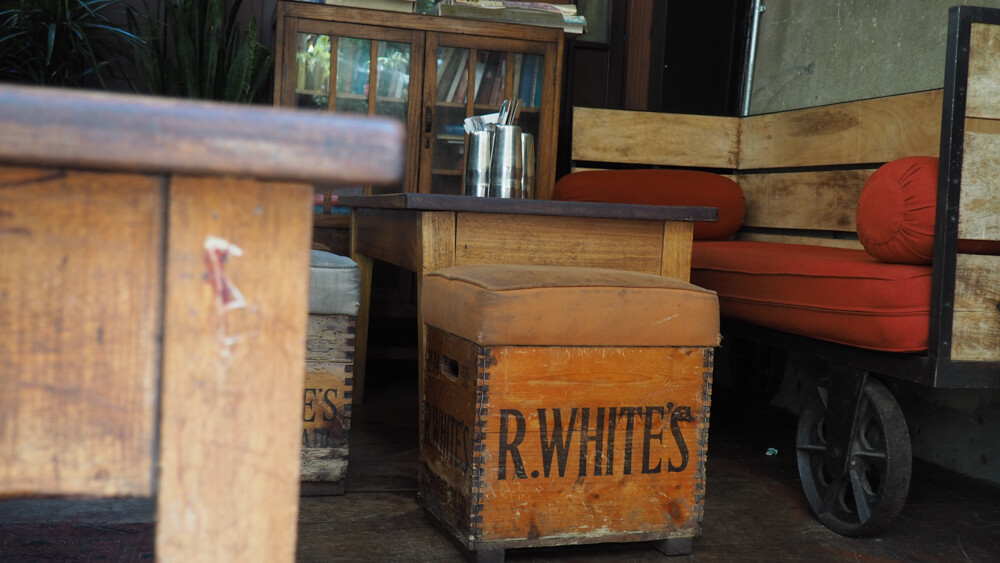 I think the verandah at Dishoom Shoreditch has to be a talking point. This is the reason we specifically chose to visit the Shoreditch restaurant. It was a bright and sunny day and we wanted to be outside basking in a heat that is rarely experienced in Scotland.

You are sheltered from the wind so only a slight breeze comes near which makes it reminiscent of having breakfast on holiday. I also imagine on a brisk day (before the dreaded rain makes an appearance) that this would be such a lovely place to sit wrapped up with a hot drink.

We instantly felt relaxed and found ourselves sinking into the seats, enjoying the weather and sense of calm that came from the surroundings. There may have been hustle and bustle but we certainly weren’t aware of it. 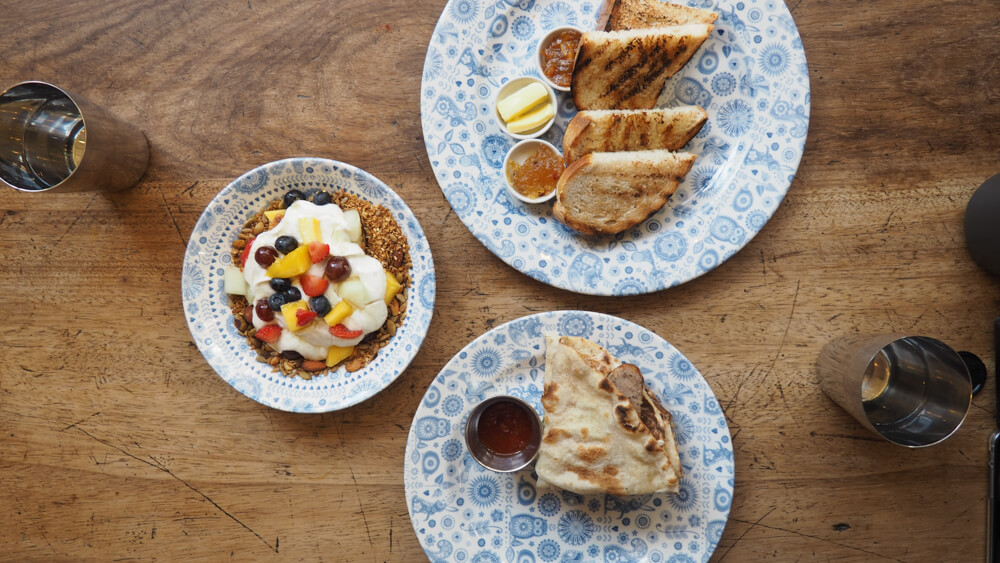 I really love trying new foods and I think it’s only one meal so if I like it then great I’ve discovered something new and if I don’t, well, I tried it.

But feeling a little more conservative on the day, I chose the House Granola and I’m glad I did as we still talk about how great it was. Maybe because it’s toasted in honey and butter.. And ok, it may sound like the boring choice but trust me, it was so, so, so, so good. Try getting it as an accompaniment if you aren’t convinced.

Peter, as expected, had the Sausage & Egg Naan Roll. He loved it, he devoured it and I think it more than lived up to expectations as I barely got a taste!

‘Each naan is freshly baked — by hand, and to order — in the tandoor oven. It is then graced with a little cream cheese, chilli tomato jam and fresh herbs, and wrapped around one of these first-rate fillings.’ 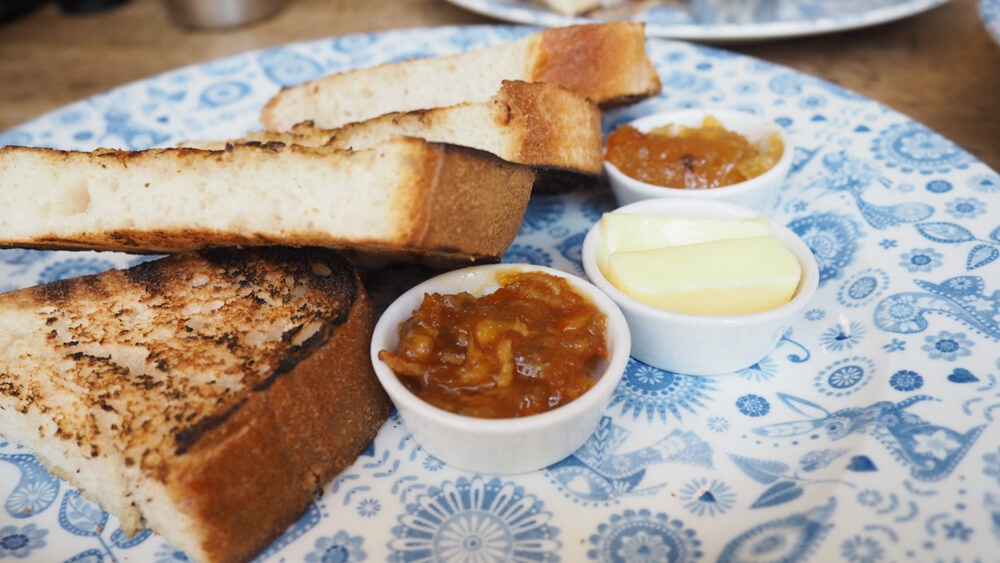 We also shared some Fire Toast because I’m unashamedly British and what’s breakfast without some tea and toast!

‘Thick slices of bloomer bread are buttered and thrown onto the grill where they become char-striped. Served with home-made preserves: pineapple-pink-peppercorn jam, and tangy orange marmalade with star anise. ‘

Even as I write this post, Peter is dribbling away and asking when we are heading there next. I’m hoping soon because I would really love to try the curries.

Dishoom Shoreditch was truly an overload on the senses but in all the right ways. I think we are planning a trip to Manchester soon and with a new restaurant opening on the horizon, I’m keen to try it out.

Dishoom Kings Cross, Dishoom Covent Garden..aaand Dishoom Carnaby look incredible though. The decor is everything and they have put so much thought into every detail. All of the restaurants are very different but equally magnificent, they tell a story through their artwork and design and I look forward to visiting the different restaurants on future visits to London.

For further menu details and some dreamy pictures please visit the Dishoom website. 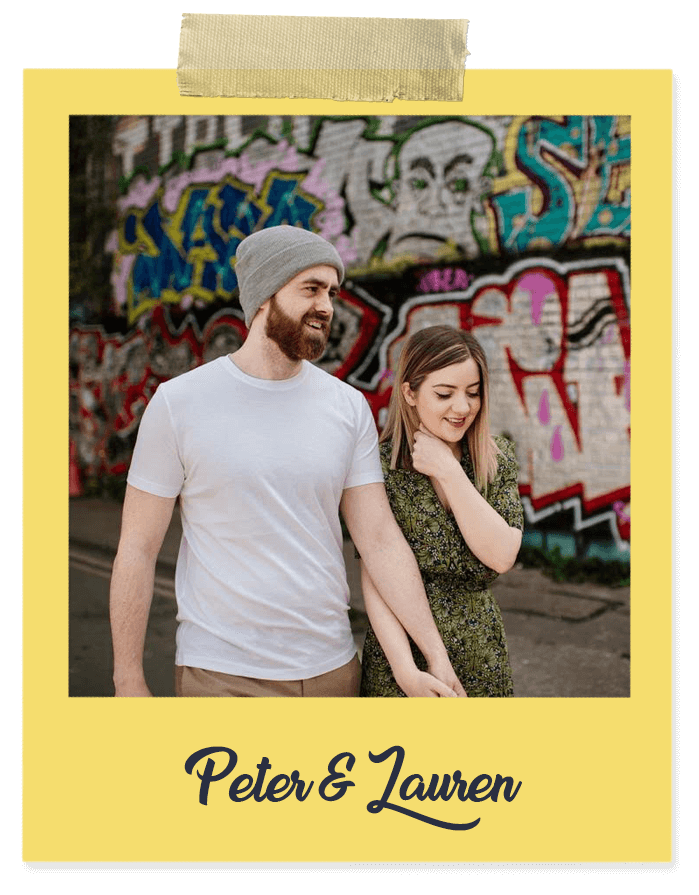 Hi, we're Peter and Lauren and our main passion is travel! We live in sunny Scotland.. Ok, so the weather can be hit or miss but we love it here and although we love to travel the world, we're home birds at heart so we will show you some of the best things to do and see in the place we know best!

Book your next adventure

By using the link or widget above, we will earn a commission which helps towards the running of the website and our travels.
Part of the TravelBloggersGuide.com directory
Shopping Basket