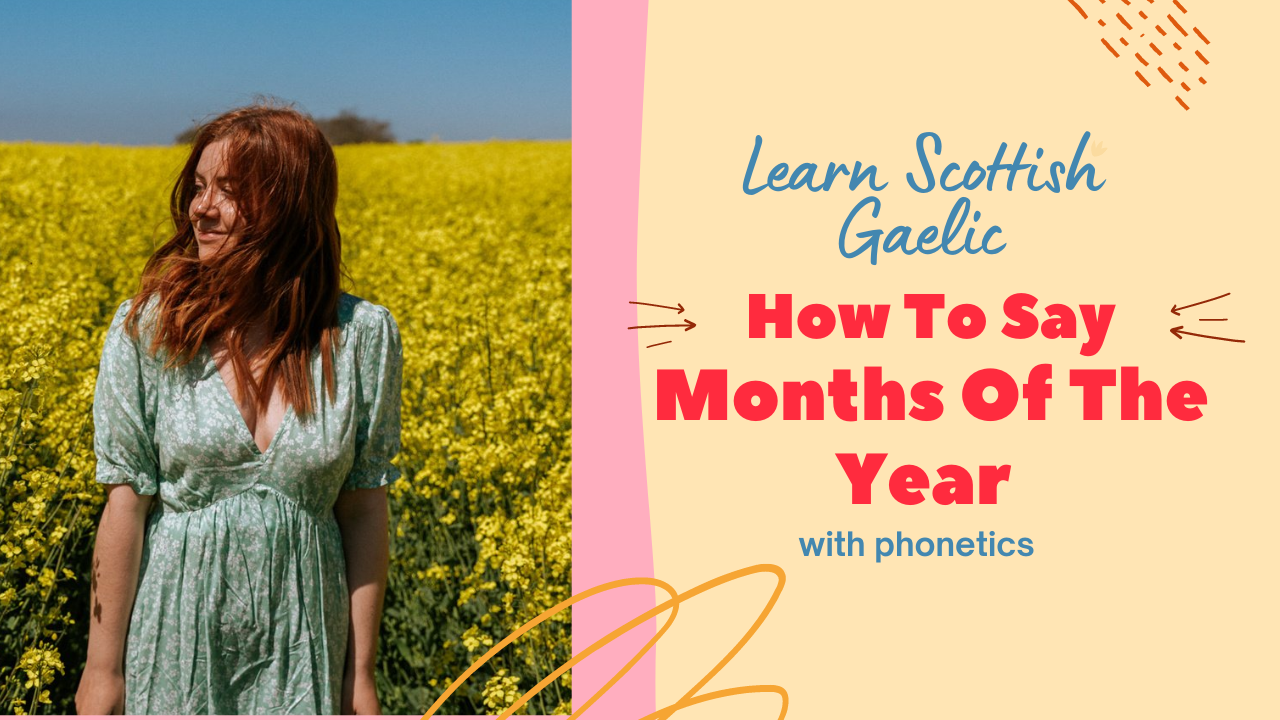 How hard is it to learn Scottish Gaelic? Personally, I think that learning Scottish Gaelic can be really difficult, especially if you are attempting to do some distance learning courses without the opportunity to hear people speak it frequently.

But don’t let that put you off because this is why I want to offer some free online videos which can help you begin to learn Gaelic!

These classes are aimed at those absolute beginners interested in trying a new language, those who are looking to learn with their children or those looking to refresh their memory on some of the basics.

Gàidhlig is a language that I am very passionate about and I want to make it as accessible as possible for those at a beginner level!

I was born in the Western Isles but grew up in Aberdeen so I have a mix of both East and West coast Gaelic language.

With that in mind, there may be some words that you hear speakers say slightly differently because dialects are still a thing, even among Gaelic speakers.

But I always think the best way to learn Scottish Gaelic is to watch someone else speaking Gaelic and to have the opportunity to listen to it at your own pace, which is why I have added phonetics in all of my videos to help you with the pronunciation of the words.

I would love to help anyone looking to learn some Scottish Gaelic and hope that this will be a welcome addition to the Gaelic/Gaidhlig videos already out there!

In this video, we learn how to say the months of the year in Scottish Gaelic (with phonetics)

Take your Scottish Gaelic to the next level by getting lessons over at italki. Find a teacher on italki