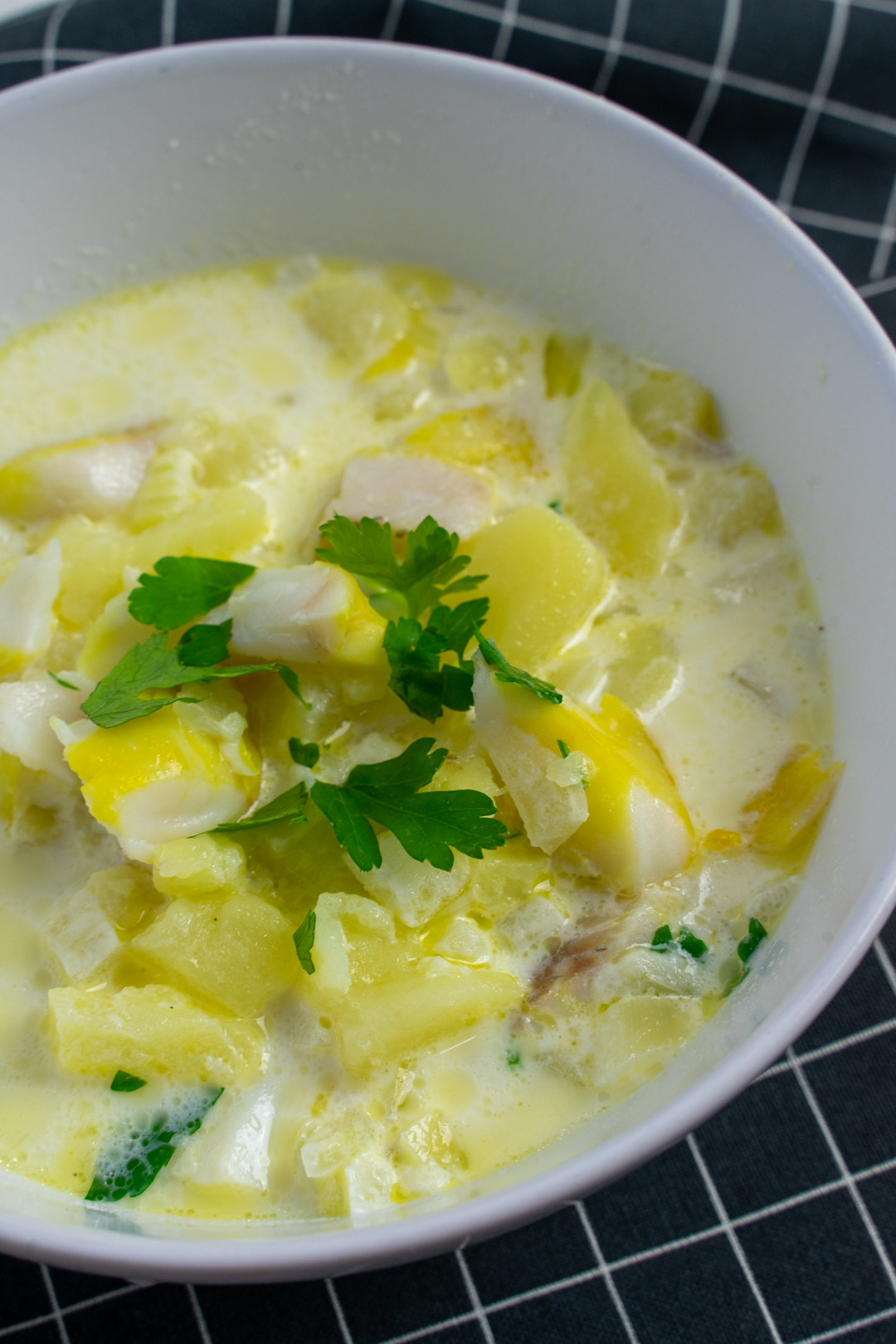 Cullen Skink has to be one of the best known and best tasting traditional Scottish soups!

I had the pleasure of travelling to the village of Cullen in Moray and tasting soup directly from the source, which really inspired me to want to learn and create my own easy homemade Cullen Skink recipe!

If you aren’t too sure what Cullen Skink consists of, it’s a thick soup of mainly potatoes, smoked haddock and onions in a creamy sauce which is often compared to a fish chowder.

Preferably, you would use an undyed smoked haddock in this recipe but it just wasn’t available at the time of my making. It doesn’t affect the overall taste of this dish, so do not worry if you find yourself in the same position!

You can often find Cullen Skink on slightly more formal restaurant menus and it is often served as a starter at events here in Scotland.

It is a hearty dish that’s rich in flavour and I think it’s absolutely delicious.

I would love to hear your thoughts on this easy Cullen skink soup recipe! Is fish soup for you? 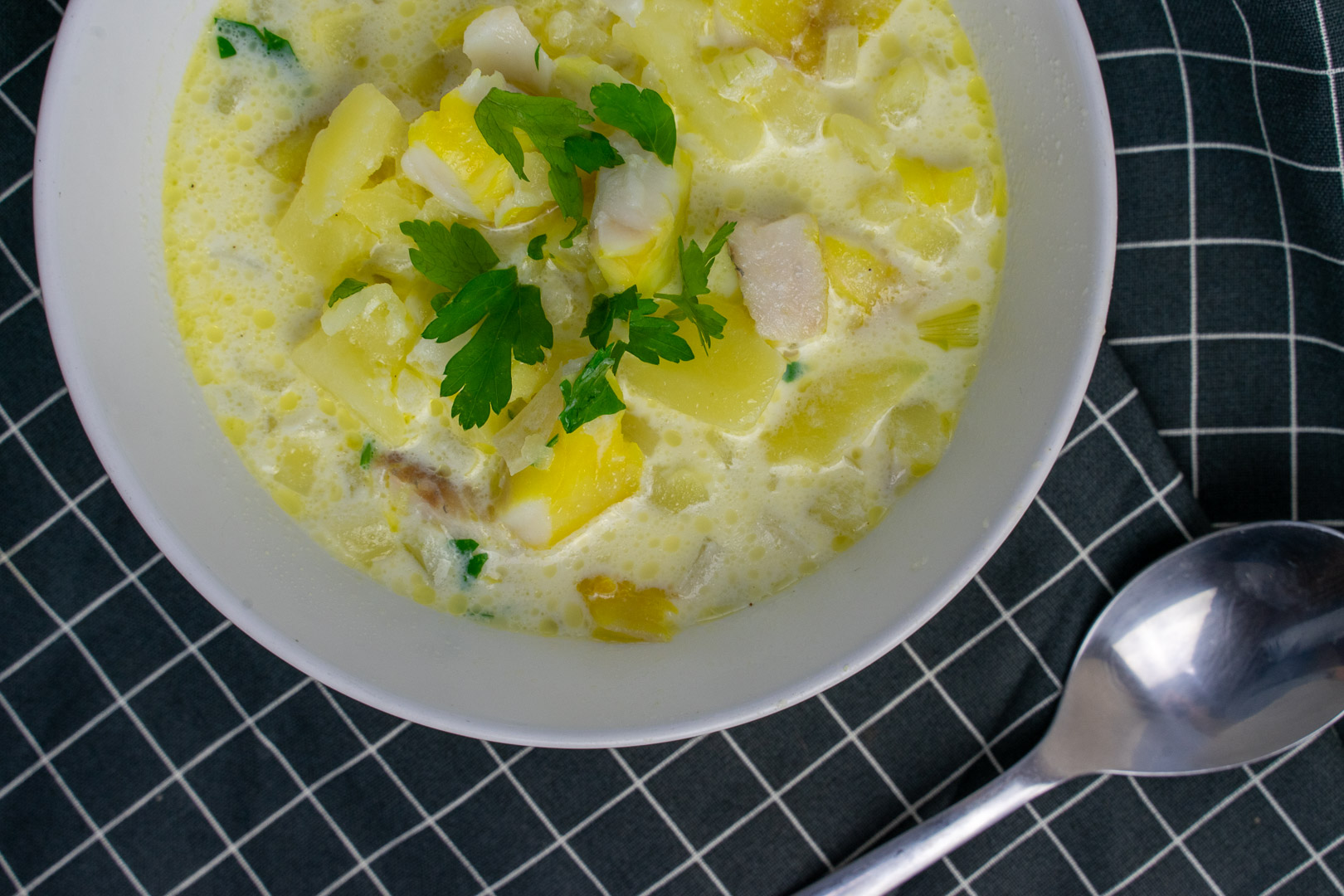 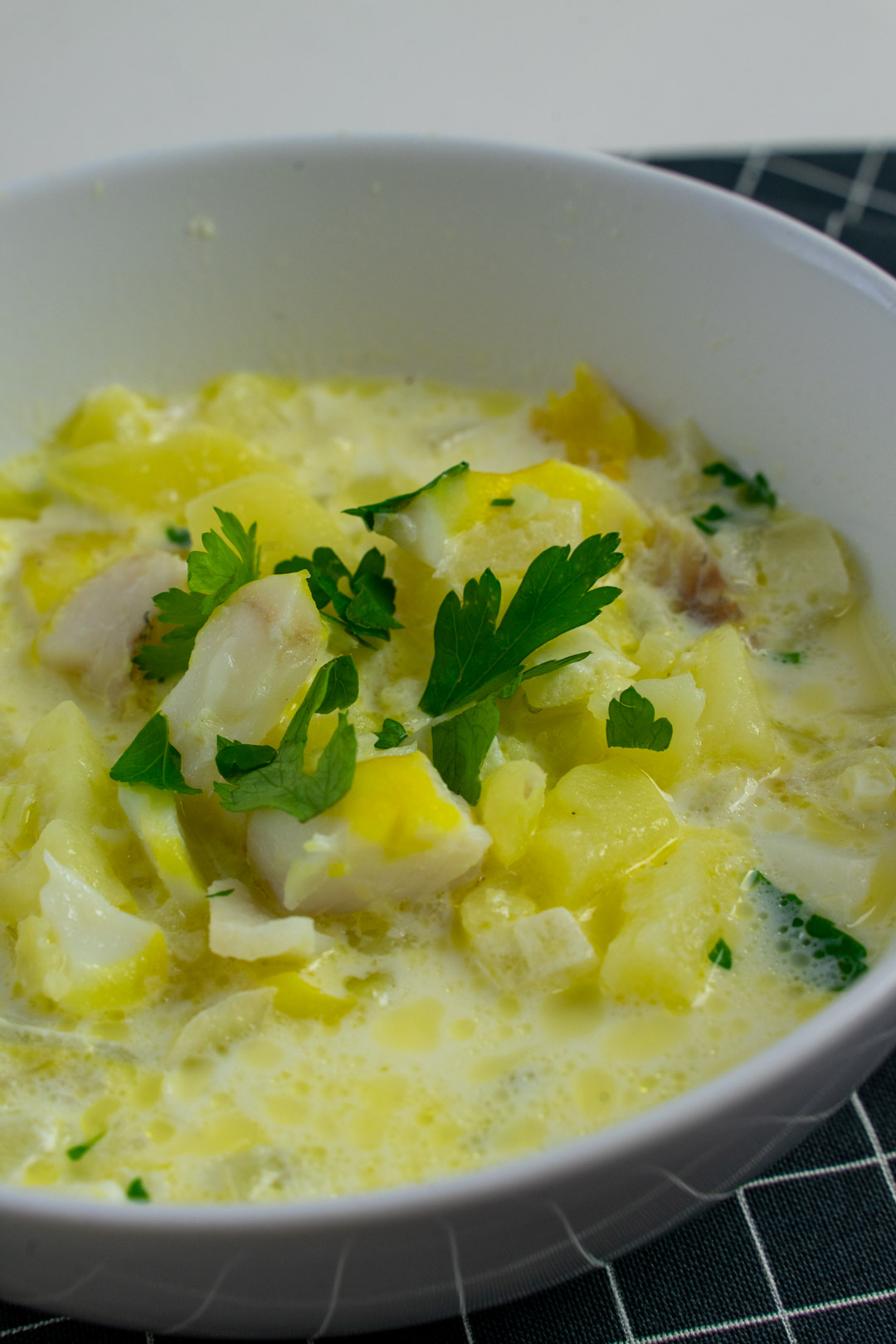 Keep in an airtight container and refrigerate. This can be kept for up to two days.

Store in an airtight container and freeze for up to 2 months. Thoroughly defrost before reheating. 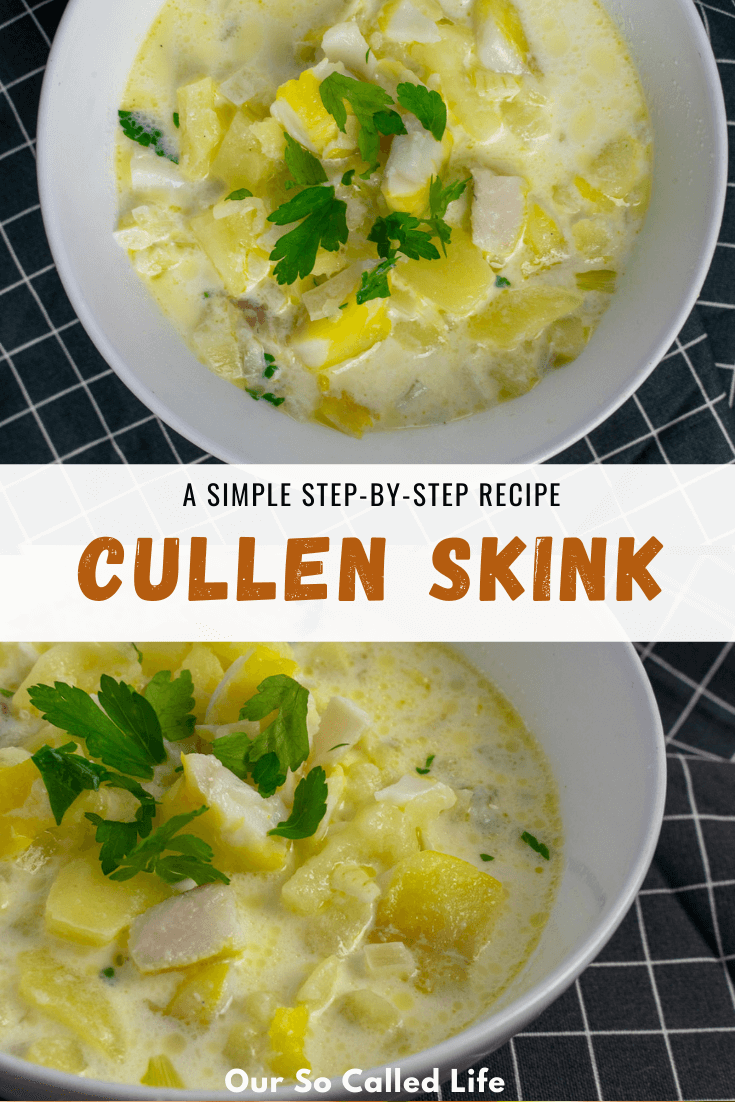 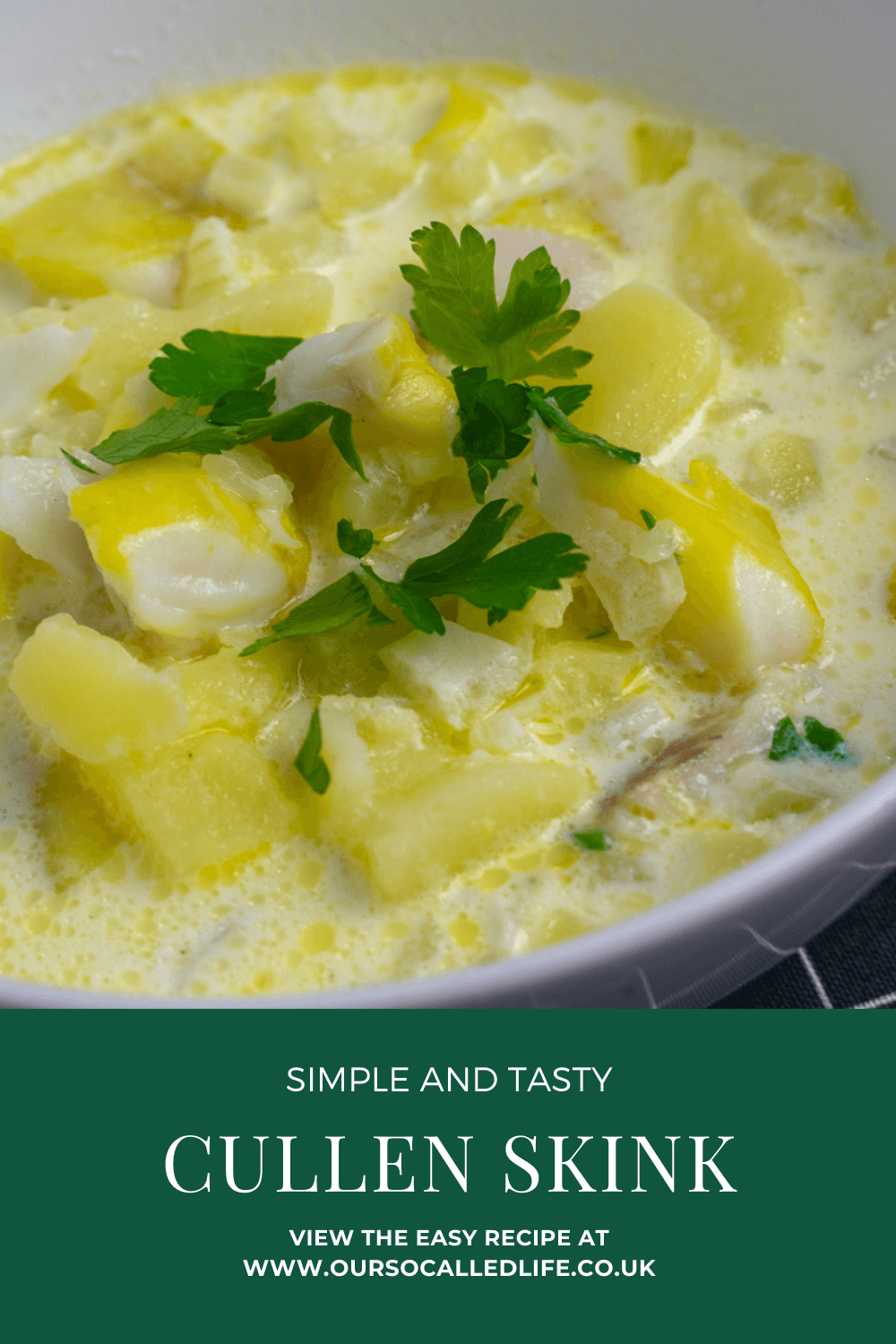 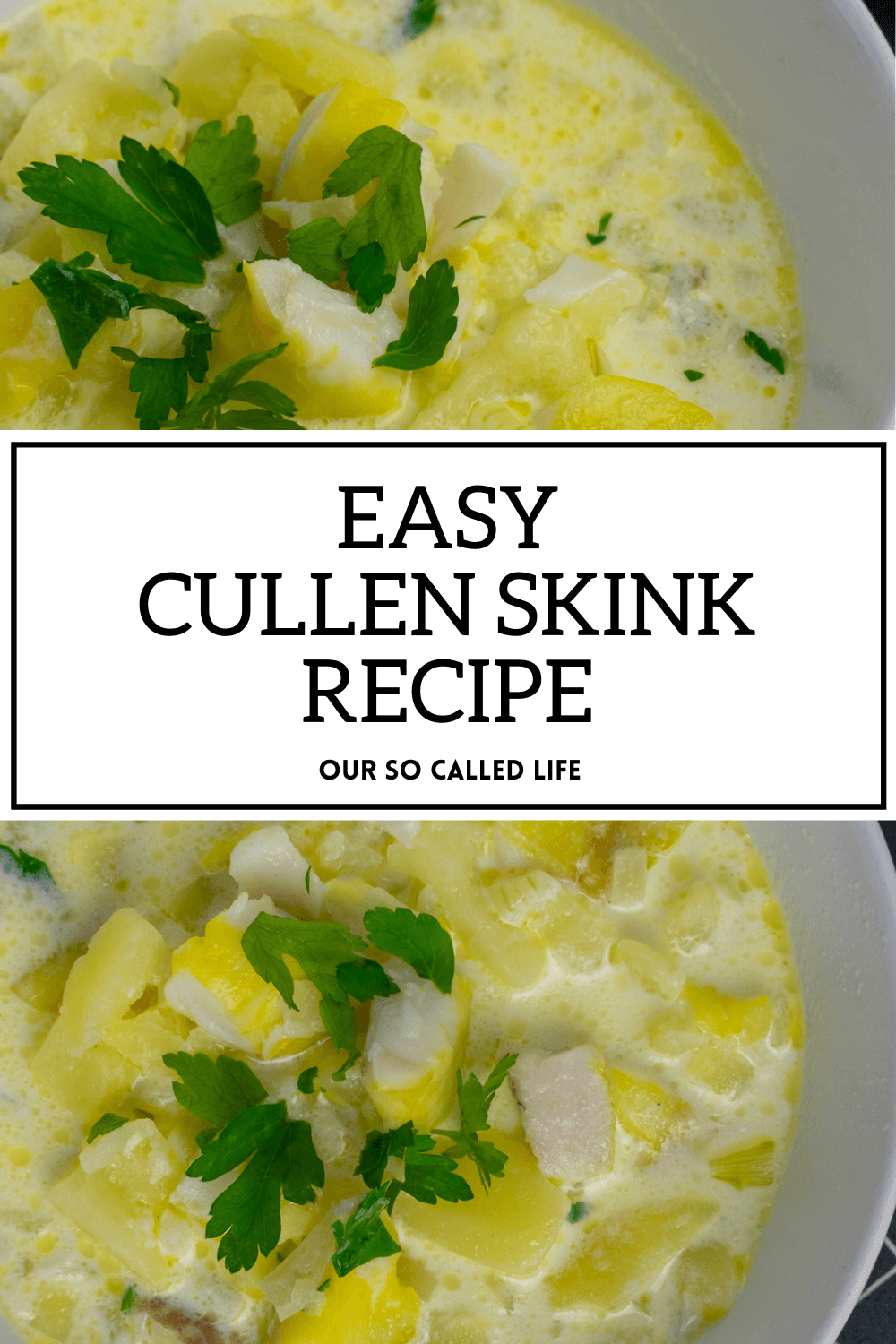