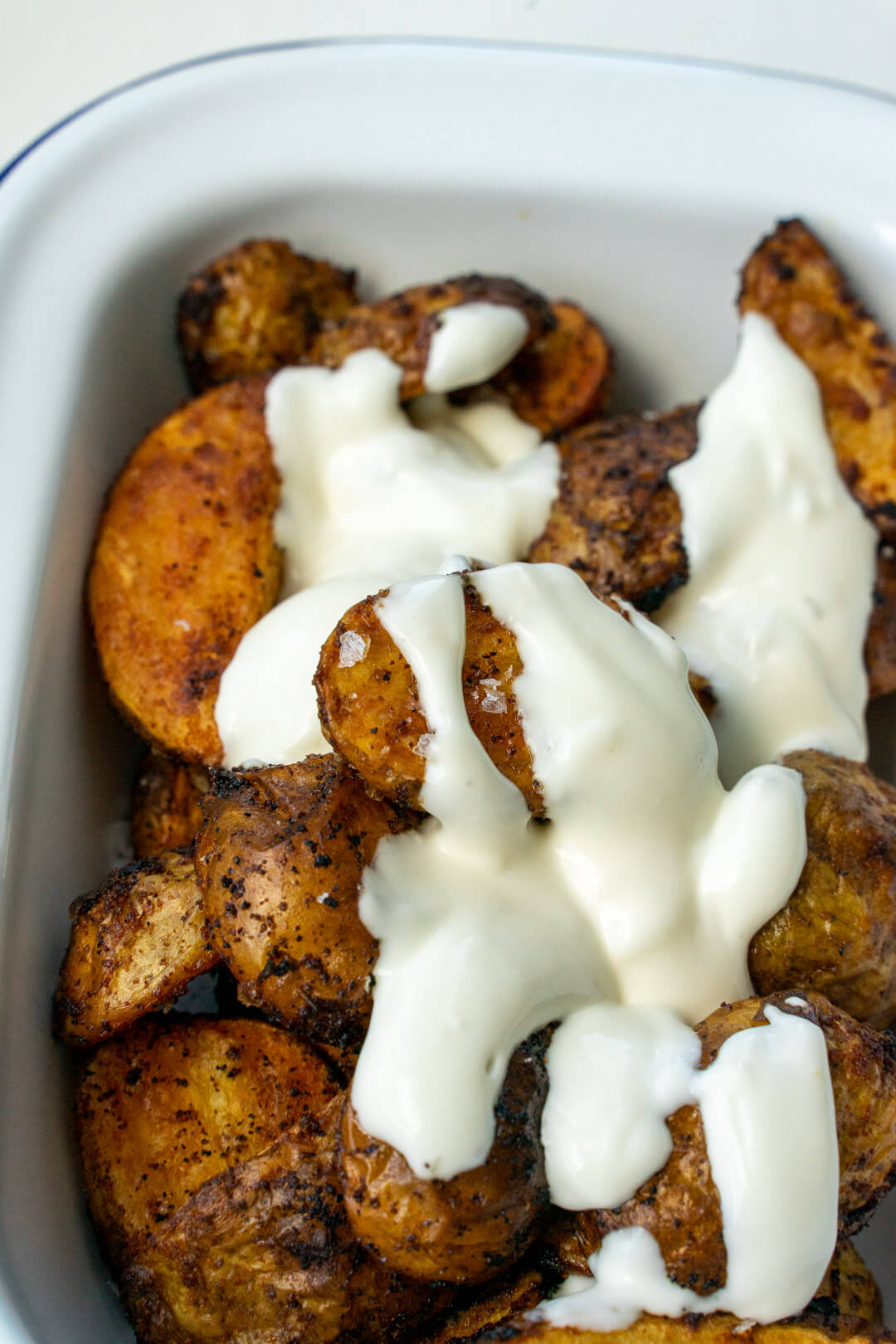 AD – This post is a paid partnership with Scotty Brand

If there’s one thing that us Scots love, it’s potatoes, and I think it would be safe to say that the majority of us accompany our meals with some form of potato, whether that’s hash browns, a side of chips or some good old roasties with your Sunday lunch. So, it’s no surprise that I love to share some good, family-friendly potato recipes and when Scotty Brand got in touch asking us to work with them to showcase their Ayrshire New Potatoes, I jumped at the chance.

Ayrshire new potatoes are regarded as one of the best in the world, and certainly one of the nicest new potatoes grown in Scotland and if, like us, you live in Scotland, you can find the Scotty Brand Ayrshire potatoes in your large supermarkets such as Asda, Tesco, Spar, Lidl, Co-op and Waitrose between the months of June-September and I highly recommend that you pick these up!

I love these because you can cook the Ayrshire new potatoes for most potato-based dishes and with the sun making an appearance, I think it’s the perfect time for an easy spicy potato wedge recipe to accompany those barbecues and summer dishes!

The Ayrshire new potatoes have this wonderful buttery sweetness that you don’t want to lose through cooking, while the skin has this earthy, nutty smell and taste and you don’t need to peel the Ayrshires, as much of the flavour and health benefits of the potato can be found just under the skin, so, frankly, it’s a win-win in my eyes!

We just want to enhance that lovely creamy flavour of the potato with some spice and crisp up the skin where we can, to allow for that delicious crunch. We’re adding everyones favourite flavours, garlic, onion, paprika (you can always change this for smoked paprika if you prefer!) and some cayenne pepper, which offers us that bit of kick and spice.

What I recommend, is to space out your potatoes while cooking as if they are too close, the steam can allow them to become a little soft and soggy, and that’s not what we’re looking for! Sprinkle some sea salt flakes over the tray before adding them to the oven and cook for around 20 minutes before turning and then cooking for a further 20 minutes.

Once ready, I like to give them a couple of minutes to sit on the tray and cool/allow the skin to harden slightly before pairing with my favourite dip. Personally, I love a cold sour cream, it’s a classic, I know, but it’s a classic for a reason!

These are a crowd pleaser, fit as a side for any meal and I hope that you love them as much as we do! 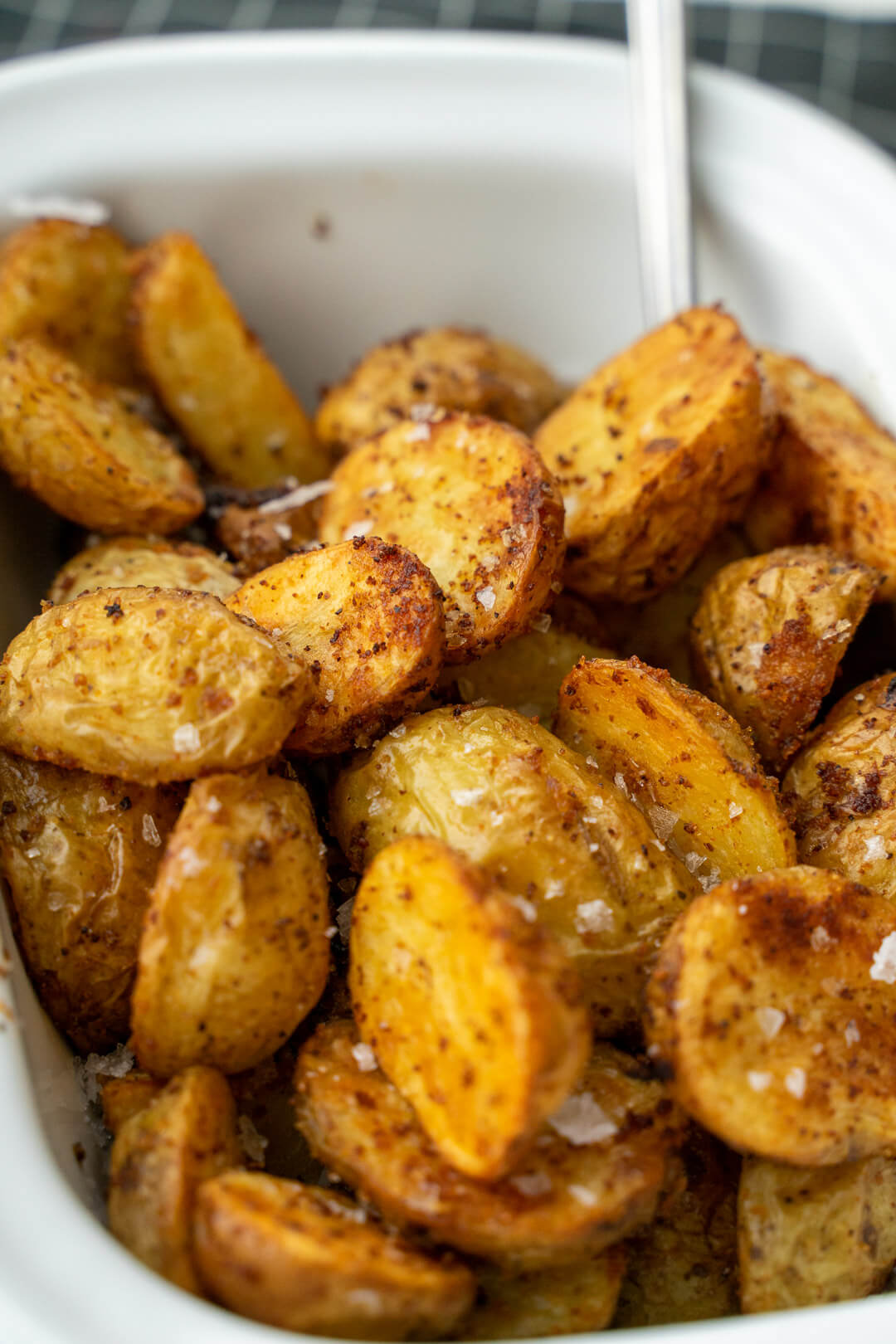 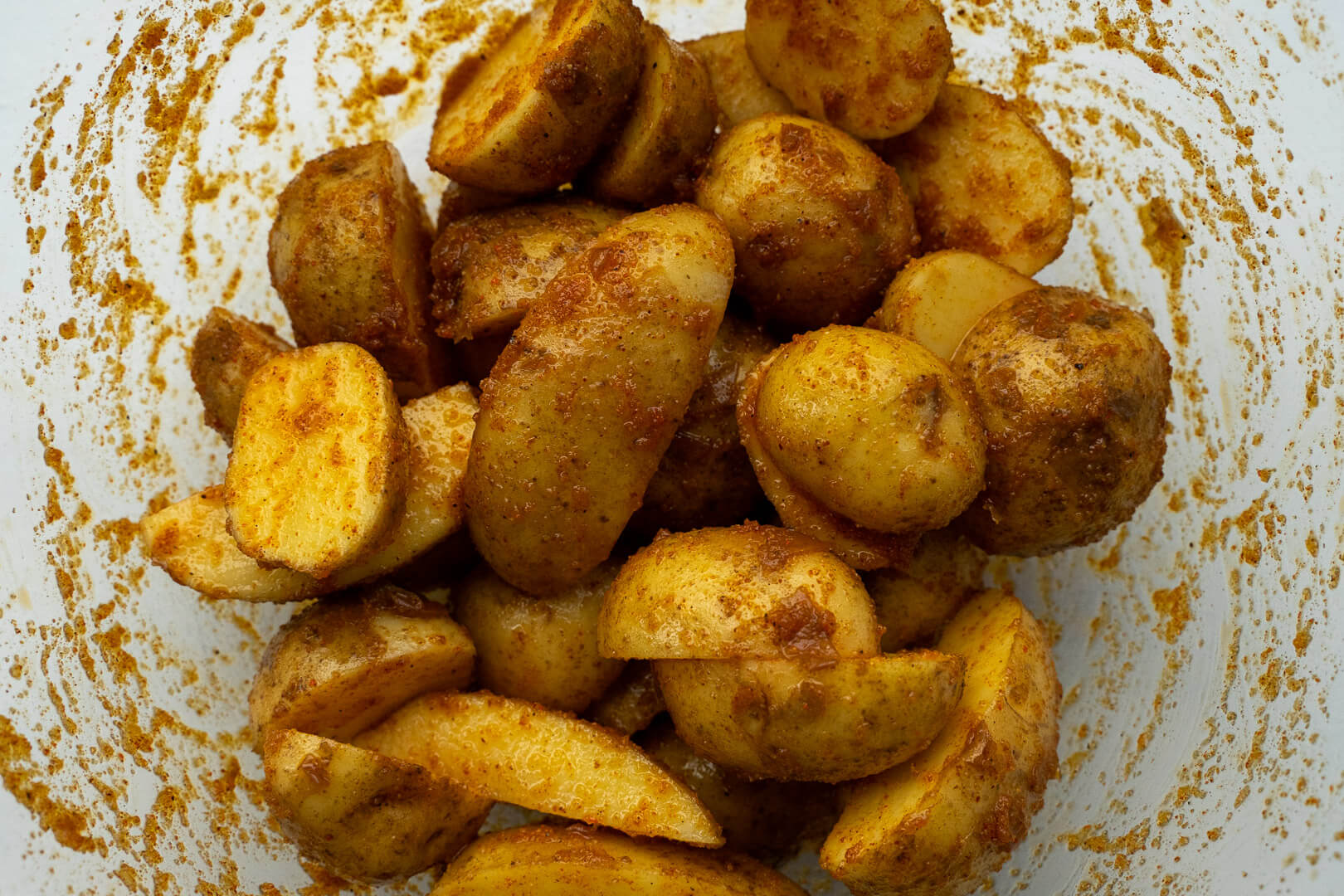