A few years ago on a holiday to Turkey, we had the opportunity to explore a completely different country due to the location of our resort.

Just a short journey away on the ferry from nearby Fethiye was the Greek island of Rhodes and with it being so close, we jumped at the chance to go.

Lauren had been to Greece before when she visited Athens, but I had never had the chance to and I couldn’t be more excited.

Admittedly, neither of us knew much about Rhodes, but we were both very excited about the day trip ahead.

We made our way to the docks early in the morning, walking through the slowly awakening town, shops opening their shutters and getting ready for the day ahead.

Finding the correct pier, and our faces getting clipped by the slight sea-salt filled breeze we climbed aboard and found ourselves some seats by the windows.

The ferry itself was a good size with plenty of space for everyone. The seats were nothing too exciting. Just plastic seats that you usually get on small boats.

Our journey was around 2 and a half hours and we had packed a couple of pastries for breakfast as we had set off quite early and wanted to get something in our stomach before a day of exploring on a limited timescale.

Pulling in to the dock of Rhodes harbour, we could see glimpses of parts of one of the main tourist parts of the town.

There’s nothing better than getting a taster of what’s to come, to give you the excitement to get off the transport.

Almost sprinting, we quickly realised that we were going to have to wait a little bit longer as we had to queue for passport control.

It was far too easy to forget that you were actually entering a completely different country.

Thankfully it didn’t take too long and before we knew it, we were over the border and ready to explore all that Rhodes had to offer.

Well, all that it has to offer a day explorer. 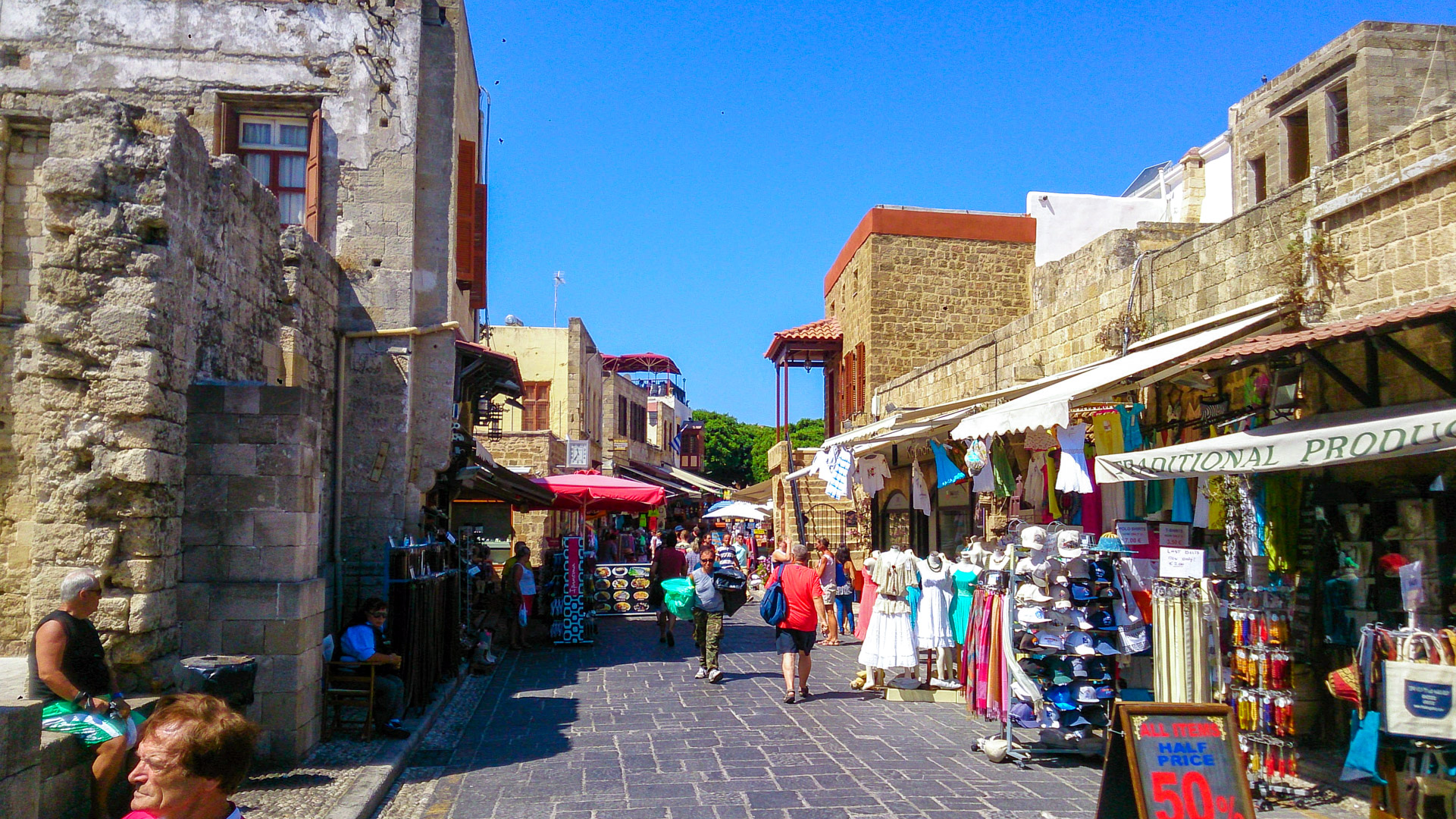 First stop for us was fortunately just a few 100 metres from the docks and that was the medieval walls of Rhodes old town.

With 6000 people still working and living inside the walls, it’s the largest inhabited medieval city in Europe.

As you walk through where the old gates used to be, you can feel the history written in the textures of the stonework.

The thousands of feet that have passed through the centuries.

Inside the old town walls, there are over 200 streets and alleyways. All of which have no names.

Can you imagine how much of a nightmare that would be if you were trying to meet someone.

Thankfully, they all convene at either Orfeos Street or Socratous Street, so I would imagine those were your main meeting points.

Palace of the Grand Master of the Knights of Rhodes

One of the main tourist attractions was next on our list after finding something to eat at one of the many cafe’s that line the streets.

We grabbed a quick bite to eat and headed off in the direction that we thought we needed to.

At the time we visited, mobile data wasn’t a thing, so we had to rely on navigating through use of street signs and a bit of hoping for the best.

Street of the Knights 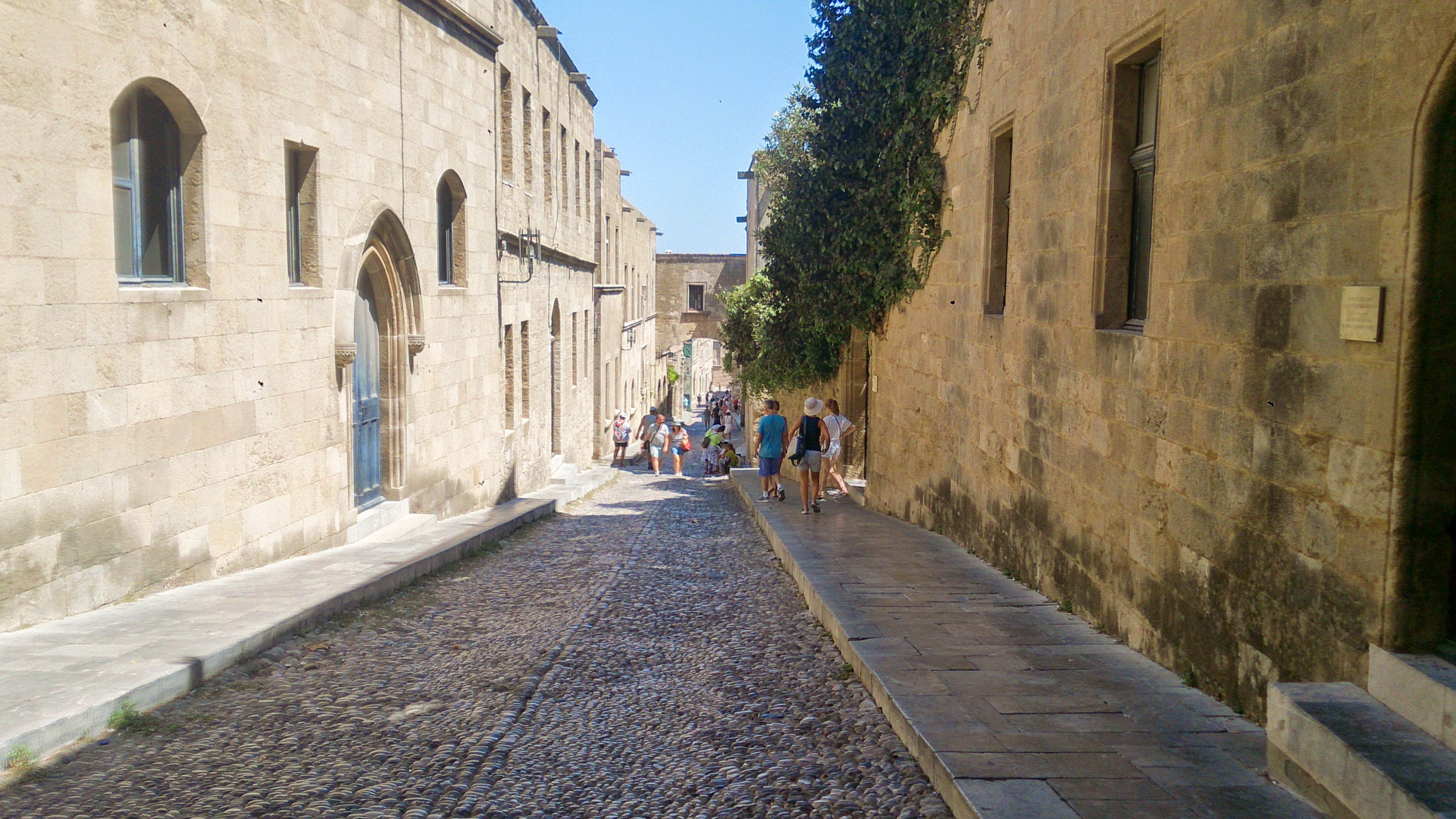 As we were making our way to the Palace of the Grand Master, we actually found ourselves walking one of the more famous streets of Rhodes old town, The Street of the Knights.

Named due to the seven different buildings that were built along the street to represent each of the seven countries that the Knights of St John were made up of.

It’s hard not to walk these streets and imagine life back when they were first created. It’s something that I adore about visiting these types of places, they really make you feel the history.

What is the Palace of the Grand Master? 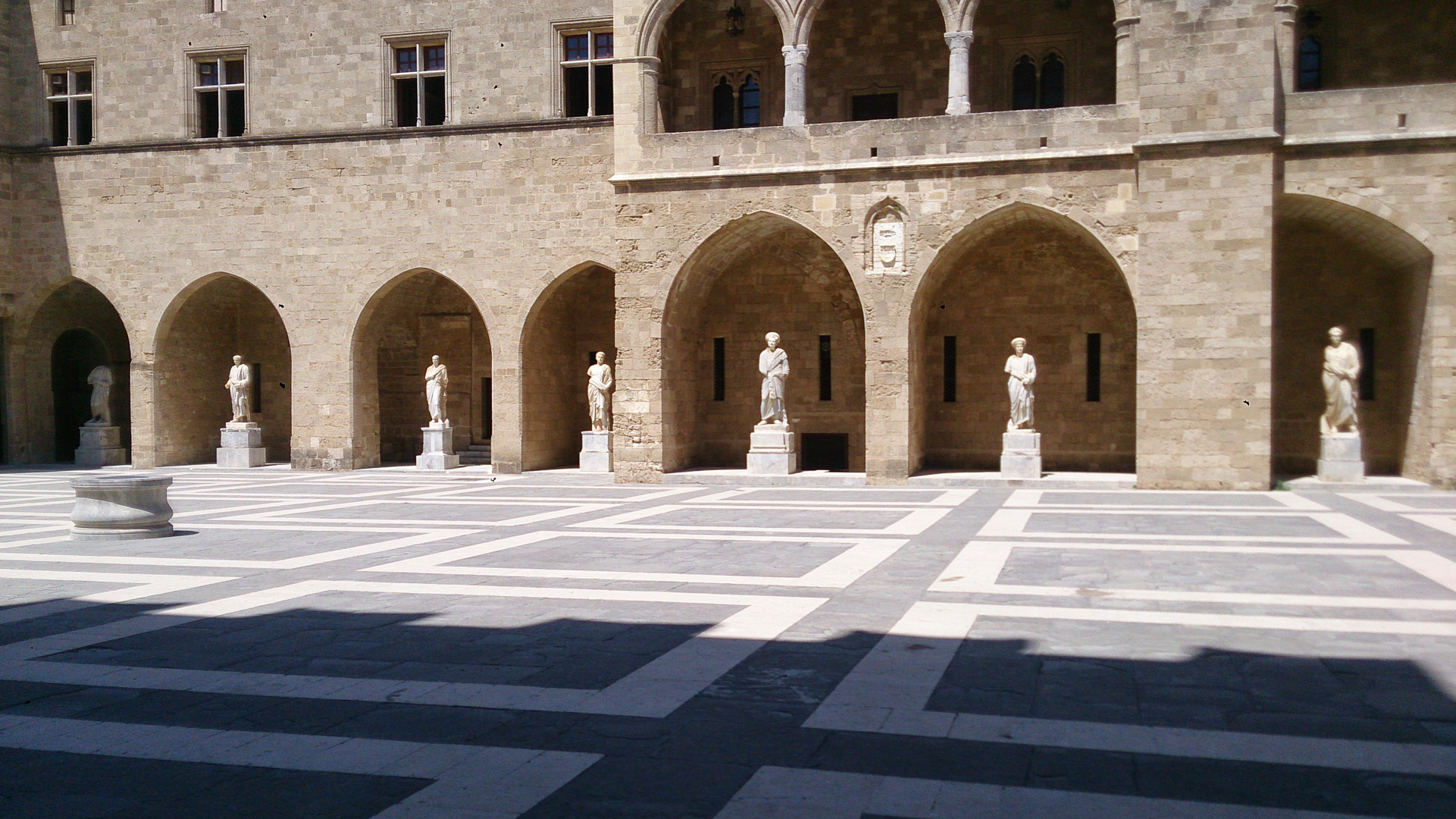 So the Palace of the Grand Master is a castle in the old town of Rhodes and was previously a citadel of the Knights Hospitelier, before becoming the palace of their Grand Master.

Destroyed and rebuilt, it was used for many functions during the centuries, most recently as a holiday home for the King of Italy and then Mussolini before becoming the museum that it is today.

As you enter, you’ll notice a plaque still with Mussolini’s name on it at the door.

We spent a good amount of time wandering the various rooms of the museum before heading off to explore a little more. 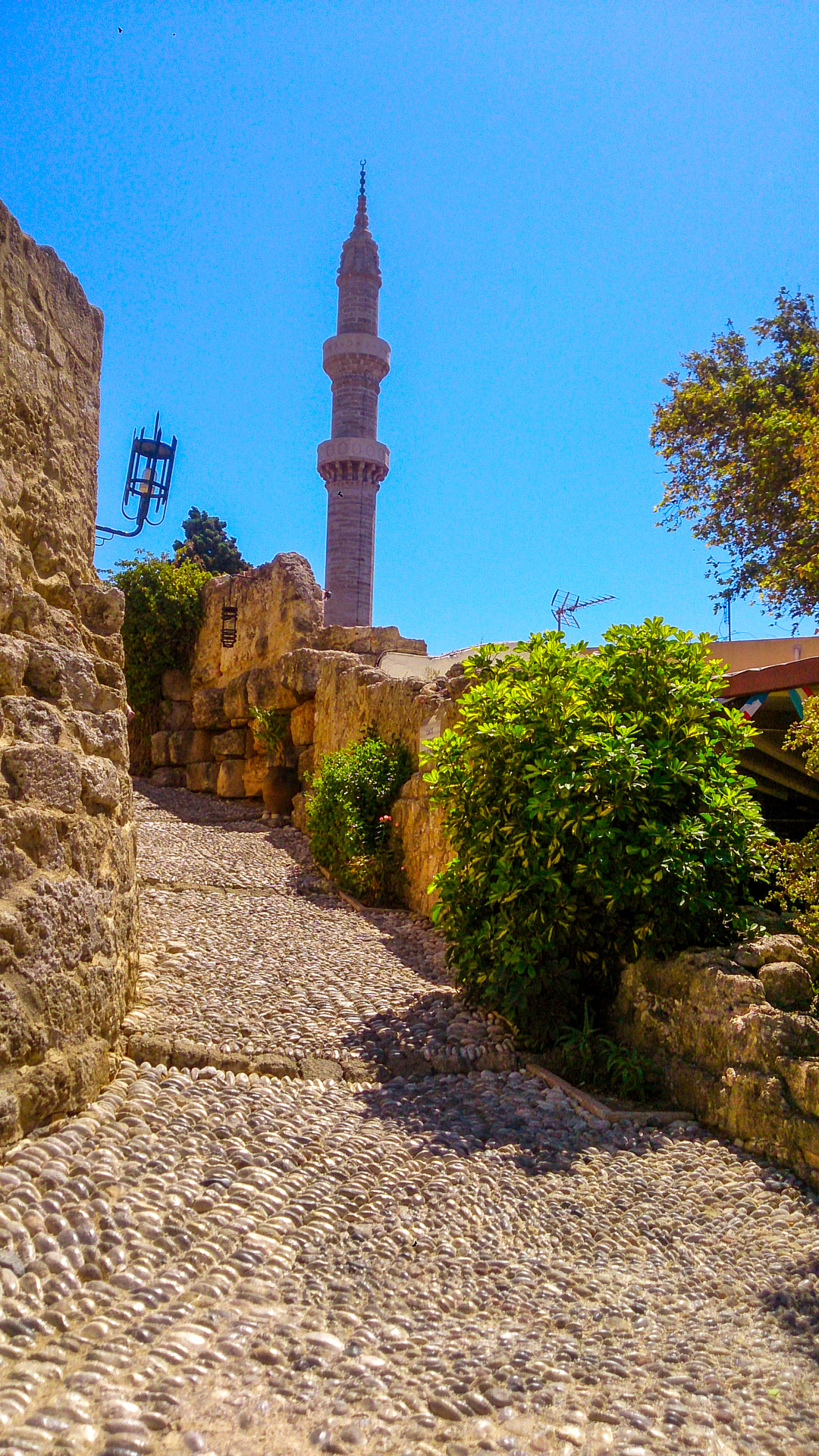 Due to the shortage of time that we had on our visit, we decided to spend the last while just wandering the streets and looking in some of the shops at the locally made products and trinkets and just taking in the atmosphere.

After a long day, it was time to head back to the boat and get ourselves checked out of Greece at border security before our journey home to Turkey.

Although we only had a short amount of time visiting, it’s definitely left an impression on both of us and is somewhere we would both love to return to.

Greek culture is one that intrigues me, especially the history and mythology and I would love to explore so much more of what Greece has to offer.

Thankfully Jet2 offer a number of flights to various Greek locations from many of the UK airports.

With a number of resorts and locations in Greece, there’s plenty of choice.

So if you fancy a bit of a last minute holiday, then you should definitely treat yourself.