Surprisingly, Milan isn’t one of the most popular destinations for tourists when visiting Italy but along with the cheap flights available from many UK airports, it was a city that we really fancied spending a long weekend in.

And when looking for affordable accommodation on where to stay in Milan, we stumbled upon the NYX Hotel Milan.

The reviews looked good, it had a really nice design (judging by the photos online) and the price was very competitive in comparison to others that were available.

Flying into Milan Malpensa airport, we caught the bus into the city centre and after a quick check on google maps for directions, we discovered the hotel was literally around the corner from our drop off point. Perfect! 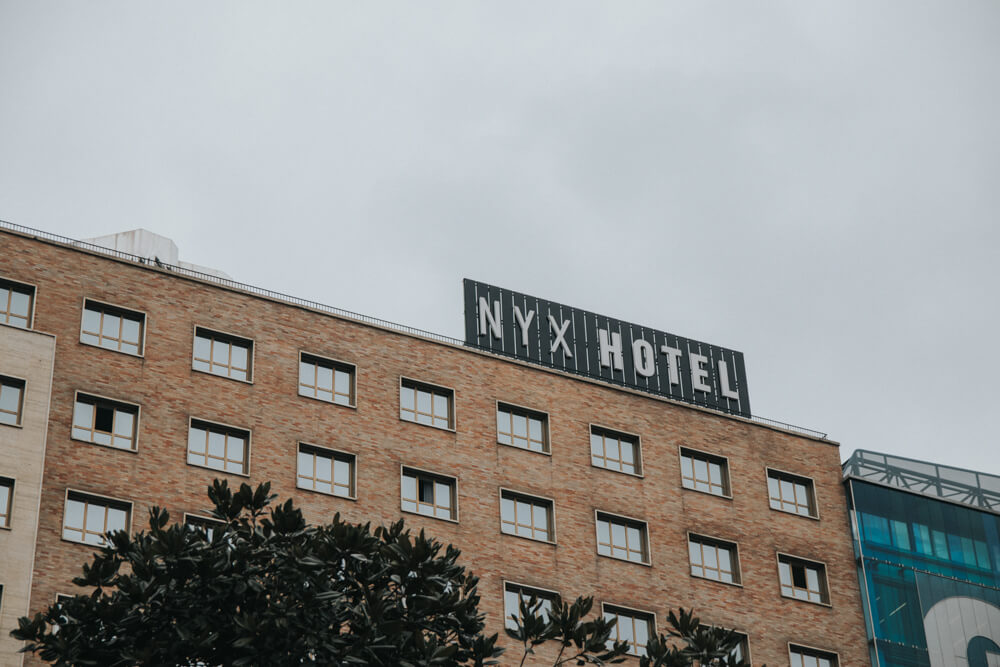 Upon reaching NYX, the first thing that we noticed about the hotel was the incredible smell. It’s hard to describe, but it was almost like an expensive aftershave lingering in the air. I can safely say that this smell lasted the duration of our stay and we hadn’t just stumbled in after someone with good taste on that first night.

Then, we noticed the interior of the hotel which was decorated with video game machines, colourful statues and lots of unique furniture and accessories which filled the foyer and bar area next to the reception. 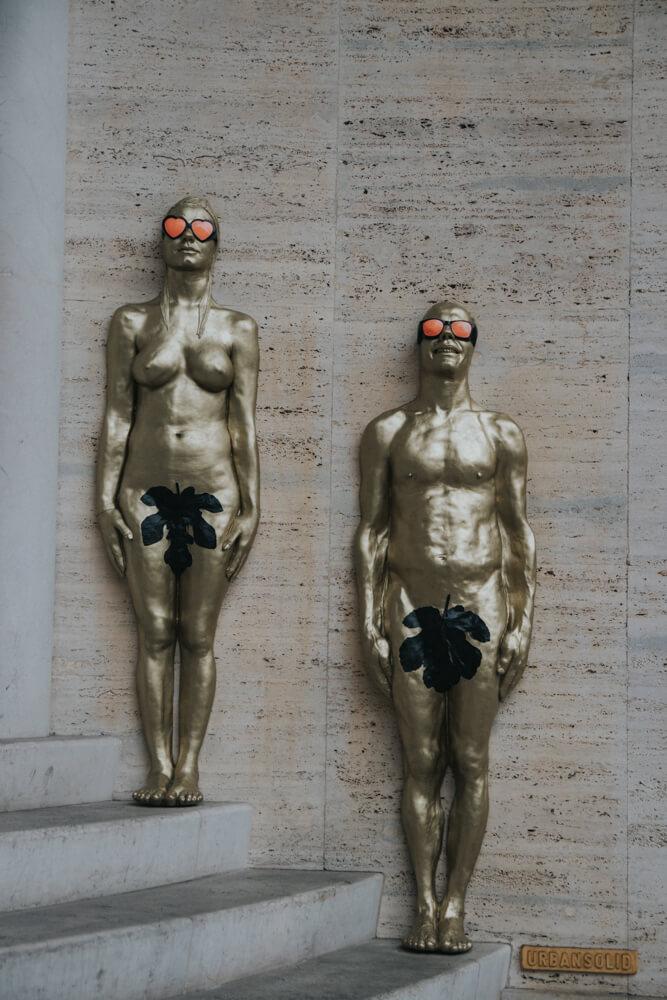 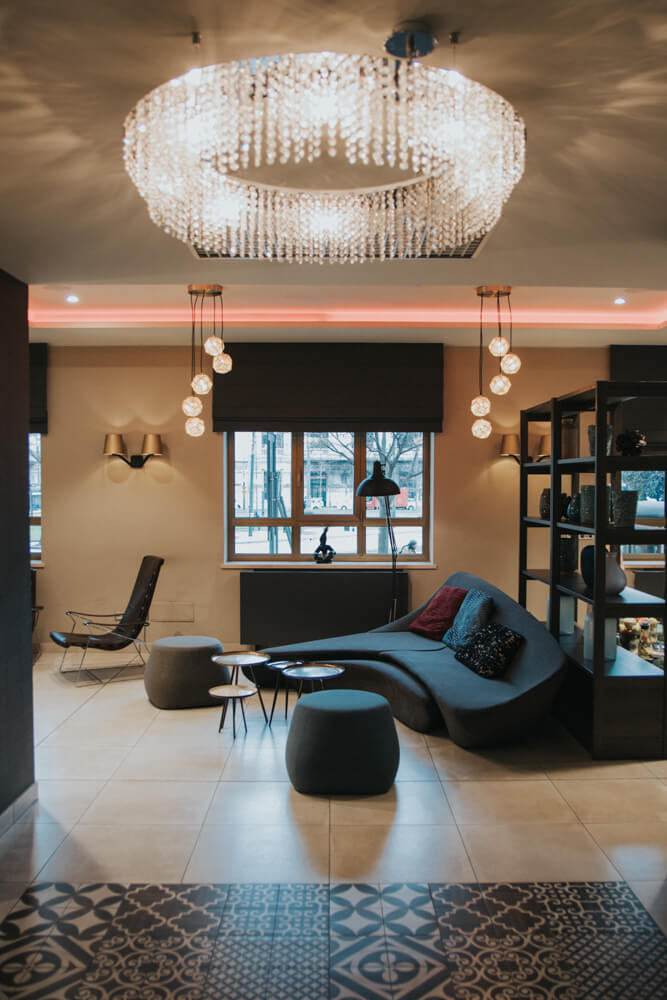 Advertising itself as a ‘hip, funky and urban’ hotel the NYX Hotel definitely lived up to that based on our first impressions, so we were excited to see what the room held in store.

After checking in, we made our way up to the room which was located on the 8th floor and overlooking the Milano Centrale railway station.

Now, you may be thinking that this would be a nightmare due to noise but we didn’t hear a thing our entire trip and it was a really nice building to be look onto. 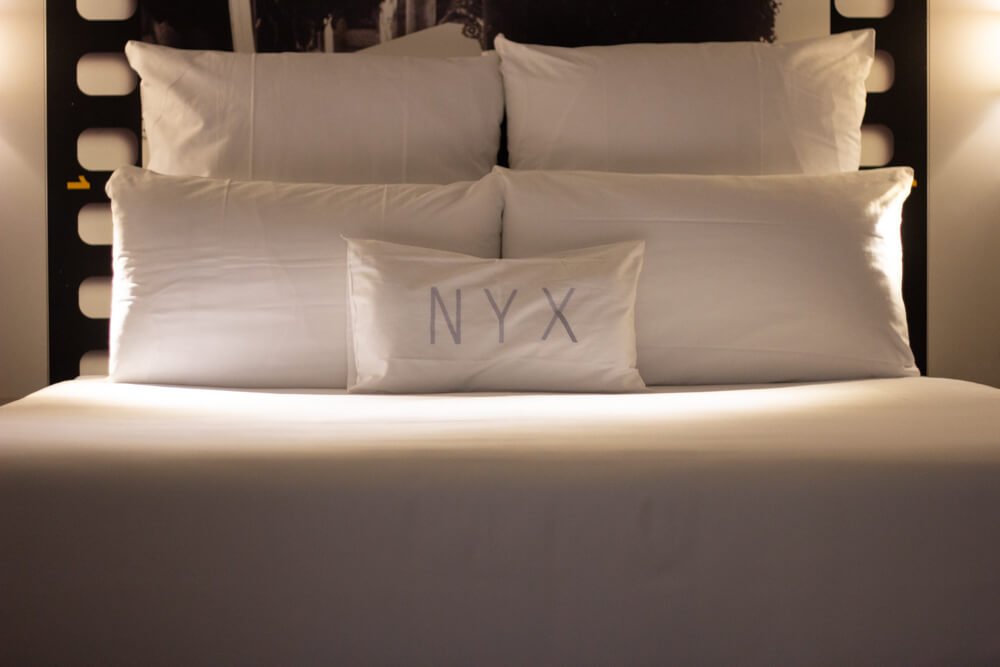 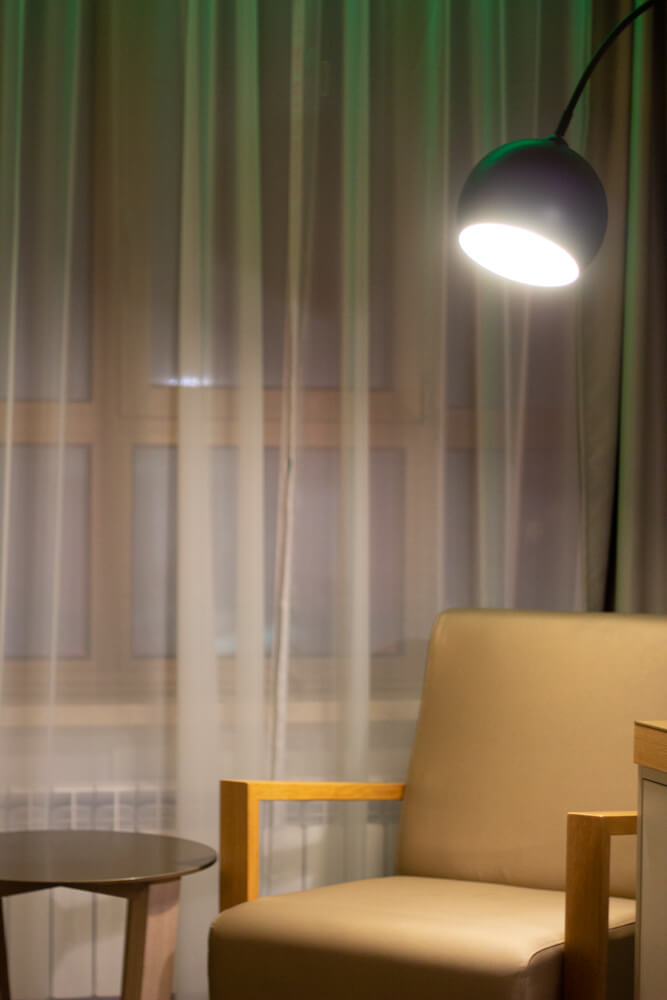 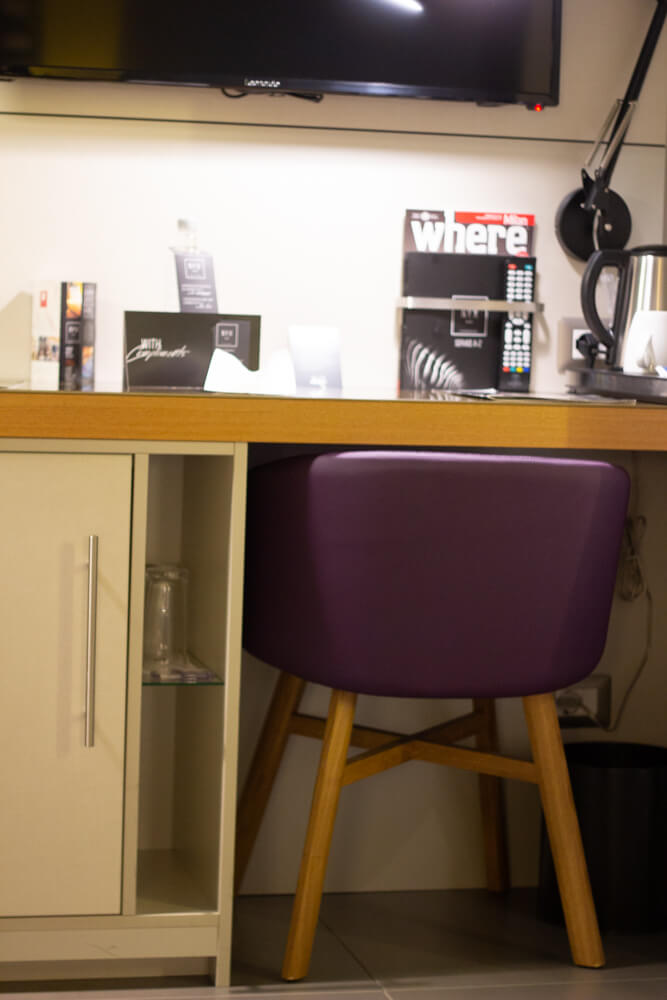 Our room type was the “Down to earth” room which was slightly larger than the cheapest room available but certainly still budget friendly.

The room itself was a good size with desk and sitting area, a queen size bed and large bathroom with a brilliant rainfall shower.

Storage was great and although we were only in the city for a few nights, it was nice to have plenty of space to store our belongings.

There were some complimentary goodies waiting for us in our room after checking in including a bottle of water and a shortbread cookie (which we forgot to eat, oops). Toiletries were also included which is always a plus when travelling with hand luggage only and obviously not being able to take large amounts of liquid onto the flight. 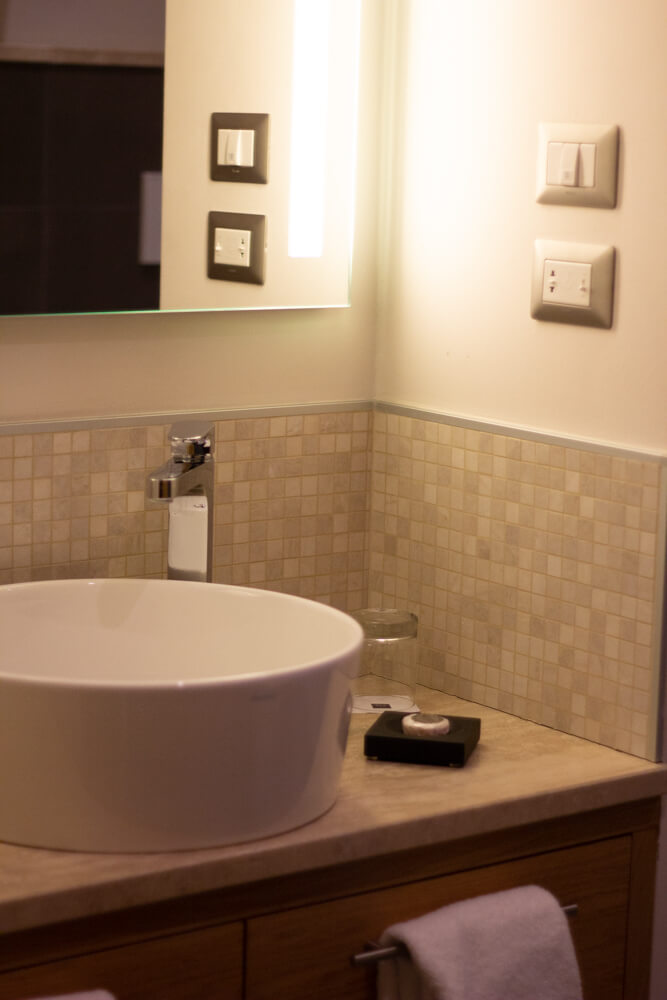 As we had arrived quite late in the evening, we decided to take a wander into the centre of Milan to try and get our bearings for the days ahead, eat some food and see some of the sights by night including the infamous Duomo. Don’t worry if you don’t fancy the late night walks, there’s always room service at the hotel and a few other restaurants nearby.

Walking from the hotel to the Duomo took approximately half an hour and although we didn’t encounter many people on the walk, it never felt unsafe, even at night

After a little exploring and grabbing a bite to eat (pizza and pasta, naturally), it was back to the hotel and straight to bed.

The bed itself was nice and comfortable but I did have trouble sleeping due to the warmth of the room. We never really found the source of the heat, but the air conditioning helped cool the room down and we learned that sleeping with the air conditioning switched on was definitely the way, even in February.

The following morning, we had the opportunity to properly take a look at what the hotel had to offer and down in the lobby by reception, there was not only the main bar area but a huge relaxation space leading through to the hotel restaurant. 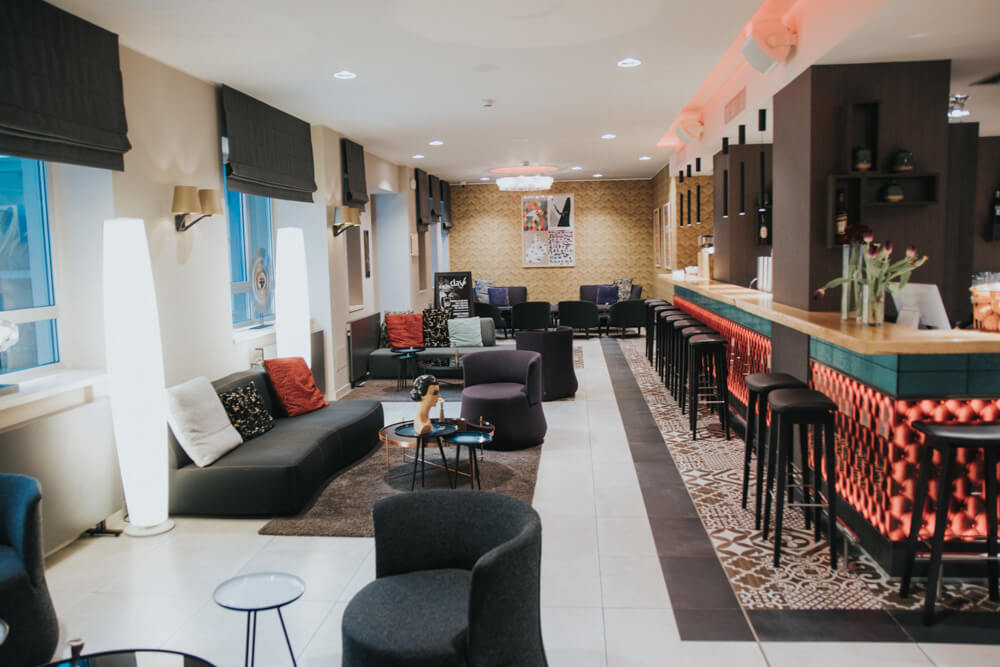 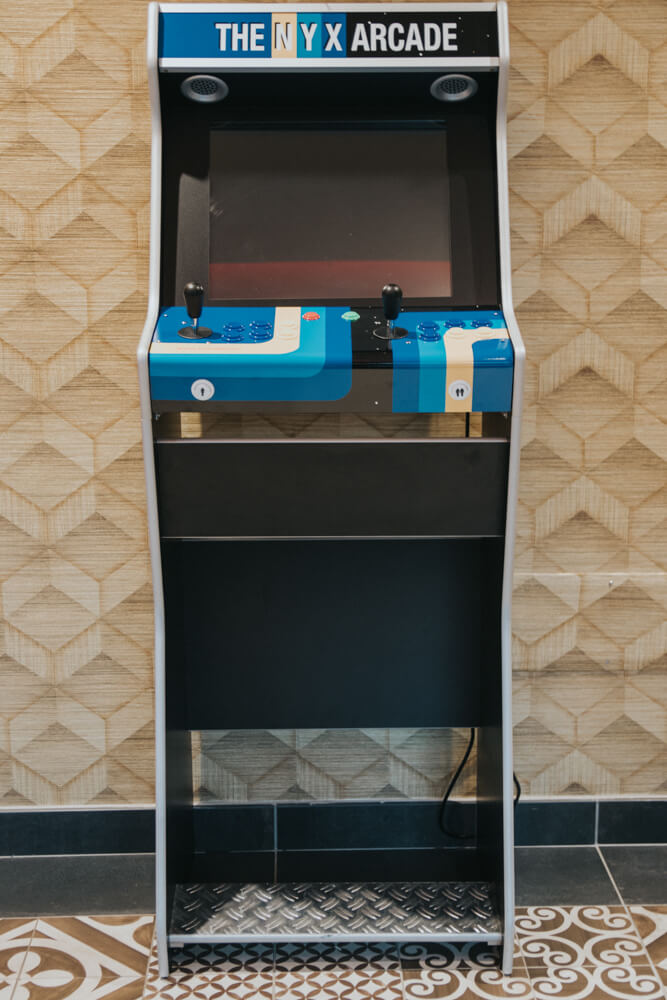 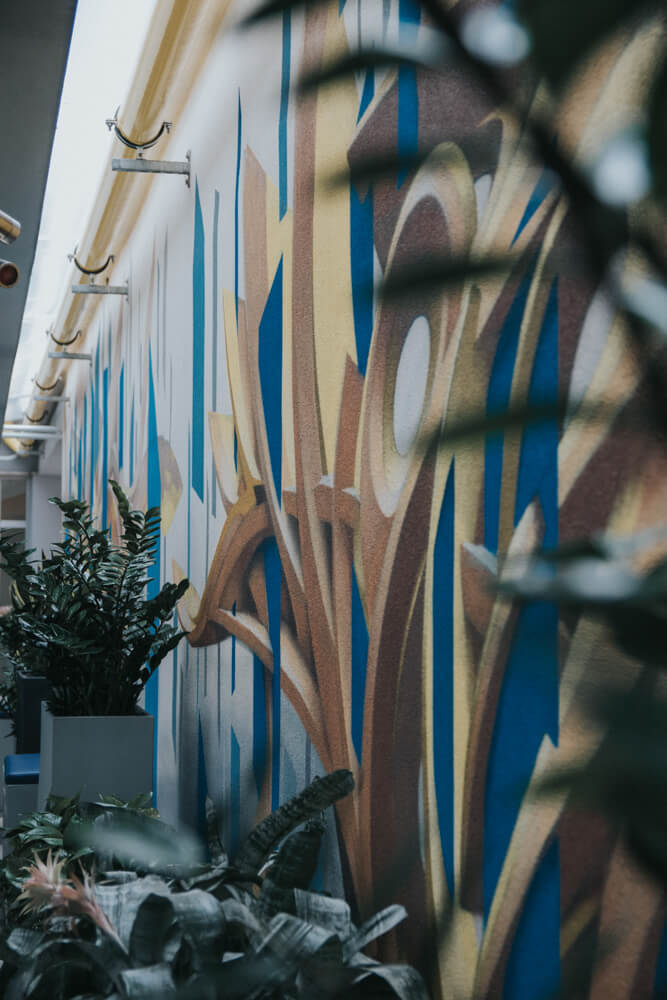 Passing all the fancy art installations you can also head out into a rear courtyard which has artificial grass and murals painted on the walls that enclose the space from the outside world.

It really gave us a good idea of just how much of a hive of activity and buzz that the NYX Hotel has about it when it comes to busier periods and party nights with the in-house DJ station playing the latest tracks.

As we visited in the colder time of the year we couldn’t actually get access to it, but on the 12th floor was the Skybar which gives you breathtaking views over the city and is frequently used for hosting events.

We really enjoyed our stay at the NYX Hotel and it was perfectly placed for us getting around the city and further afield with the train station placed so close. Especially on the day we took an early morning train to Venice!

If you’re looking for somewhere to call home when visiting the city of Milan then we highly recommend considering booking the NYX Hotel. Staff were incredibly friendly and accommodating, it was nice and quiet and although it was warm on the first evening the rest of our stay was perfect.