Now I don’t know about you, but as winter starts to draw in I begin to think about where we can go on a winter city break and immediately, locations like Oslo, Stockholm and Copenhagen spring to mind.

There’s something about associating these cities with snow and the cold, so experiencing these places during winter for me is a must-do.

That’s why when we spotted cheap tickets flying from Edinburgh to Oslo with Ryanair, we couldn’t turn down the chance to go.

Although one of the smallest capital cities in Europe, there’s no shortage of things to do in Oslo.

We’ve put together this list of our top picks of what to do when visiting the Norwegian capital to hopefully help making the planning of your Oslo itinerary that little bit easier.

Without further ado, here’s the best things to do in Oslo.

Located in the borough of Frogner in Oslo, Norway is Frogner Park. Located within the sculpture park is the Vigeland installation which is one of the most popular attractions in the city and features more than 200 sculptures, including my personal favourite of the person kicking and fighting multiple babies.

Not entirely sure why it’s a thing, but it is and I love it.

But this is not the only sculpture in the park, with 212 bronze and granite sculptures dotted throughout the grounds for you to explore. The statues are meant to represent the stages of humanity and life.

Originally the grounds for Frogner Manor, the park eventually became the public gardens that they are today around the early 20th century and have proven to be a popular attraction for tourists ever since.

You can reach here on foot or can catch the tram from the city centre and arrive directly outside the park. 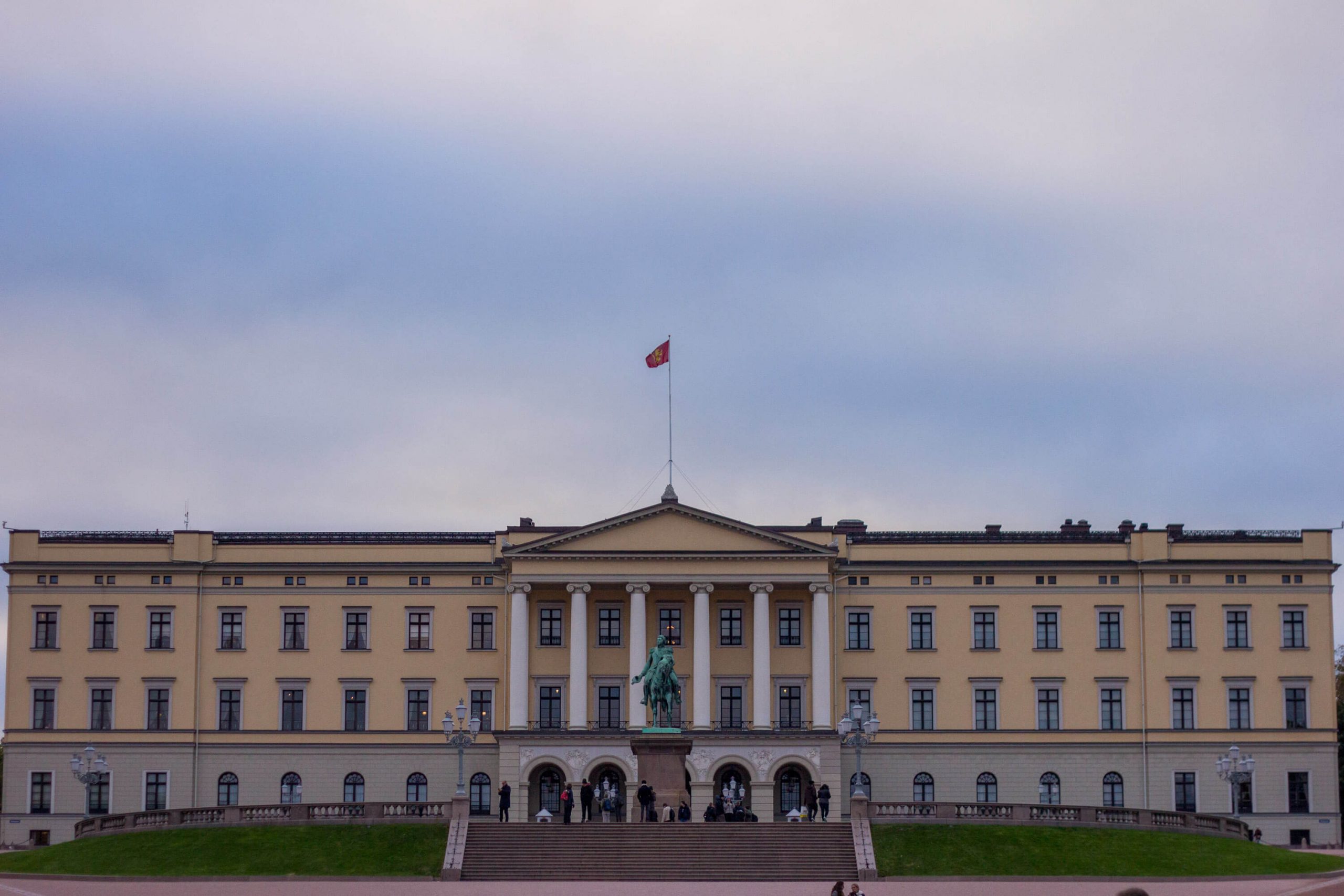 Home of the current Norwegian monarch, King Harald V, the Royal Palace is a surprisingly strange experience due to just how close you can get to the front door.

With my only real experience of royal homes being Buckingham Palace, the ability to walk so close to the front is something that I’m not used to at all.

Walking up Karl Johans Gate towards the palace, you’re first welcomed with the vast open space at the top of the stairs leading up to the palace.

As you get close you’ll start to spot the guards outside who will make sure that you don’t get too close to the palace.

The Royal Palace does allow tourists inside for tours, but only during certain months of the year.

Unfortunately, we visited during a month where tours weren’t running but don’t let that put you off as the palace is a sight to behold and you can wander the gardens and grounds surrounding the building.

Also from up here, you’ll find one of the most amazing views of the city, down over the top of the main shopping street.

When can you visit the Royal Palace, Oslo?

The Royal Palace is open to the public during the summer, from the end of June to the middle of August.

How much does it cost to visit the Royal Palace? 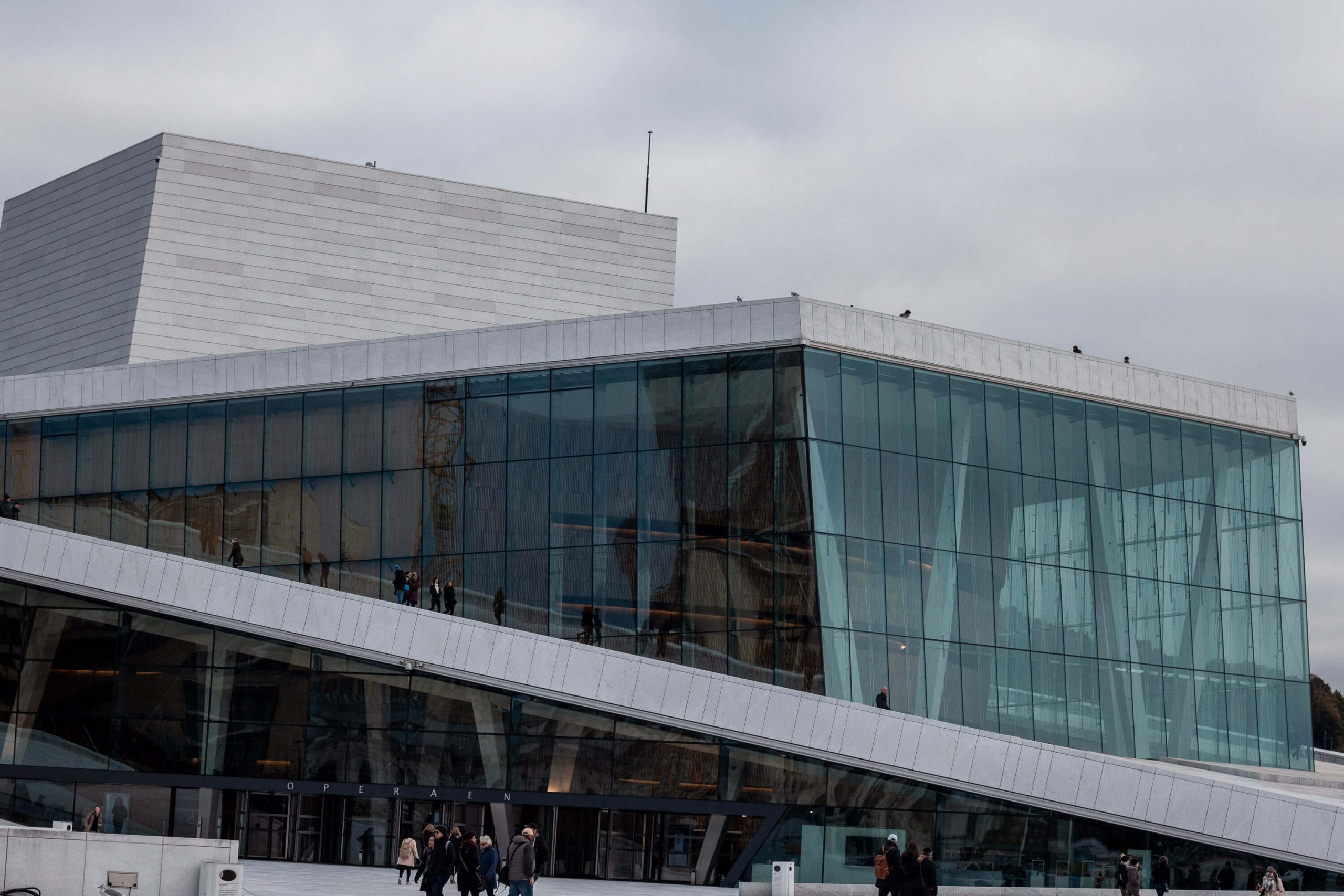 Perhaps one of the most iconic buildings in the city and one that you’ll see photographed time and time again. The Oslo Norwegian National Opera house is truly a sight to behold.

It’s one of the hottest tourist attractions in the city and offers an experience like no other.

The building was designed with the idea that it encourages visitors to walk on it and view the city from different angles.

Taking a walk up the steep-sloped edges or the stairs at the side for those not keen on attempting the slope, it allows you to walk up and over the top of the building and offers views over the fjord opposite.

In one direction you are treated to the quaint colourful houses, the other the cityscapes of Oslo and in the distance, the stunning mountains and hills that surround the city.

Take a moment to sit down on the slopes and just enjoy the view and breathe in the crisp clean Norwegian air.

Housing the vessels and maps of the Kon-Tiki expedition, this museum is dedicated to the life work of explorer Thor Heyerdahl.

Here you can see two vessels used as well as materials from the explorations.

There’s also an opportunity to watch a documentary about Thor Heyerdahl and the Kon-Tiki expedition every day at midday.

Thor wanted to prove to others that Polynesians had emigrated to the Central and South Pacific from South America and this museum is dedicated to that journey and filled with artefacts to teach you all about it.

Where to find the Kon-Tiki Museum? 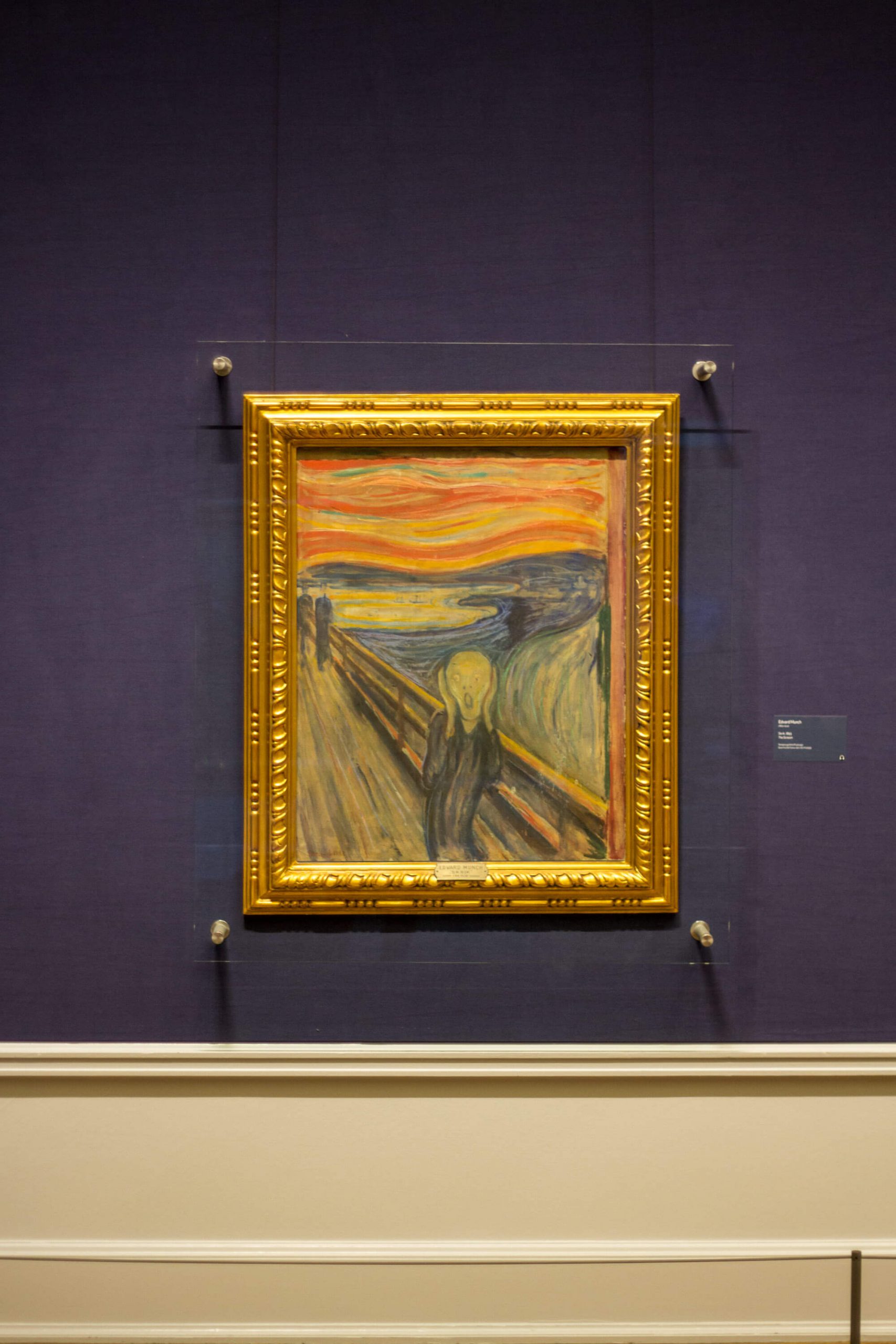 Currently located in the Tøyen area of the city, but soon to be moved over to a new state of the art building in Bjørvika and due to be opened in 2020.

The Munch museum is home to a huge collection of work by the artist Edvard Munch who is a famous Norwegian artist from the late 20th century.

His most famous piece of work is probably The Scream which up until a few years ago, resided in the collection of the National Gallery of Oslo. I do believe that a copy of the painting does exist in the Munch Museum collection also and should be something that you make the effort to go and see when visiting the city.

Especially if you get the chance to look around the brand new museum once it has opened.

Located underneath the famous ski jump at Holmenkollen, the ski museum is the oldest of its kind in the world having opened in 1923.

The museum presents more than 4,000 years of skiing history, Norwegian polar exploration artefacts and an exhibition on snowboarding and modern skiing.

Possibly one of the more niche attractions in the city, but for those who are ski and snowsport enthusiasts, this is probably one you won’t want to miss.

Thankfully it’s open all year so you won’t have to worry about it being closed when visiting.

For an experience quite unlike any other, you need to head to the Norsk Folkemuseum.

One of the world’s oldest and largest open-air museums, with 155 traditional houses from all parts of Norway and a stave church from the year 1200, you can get yourself fully immersed into life in Norway throughout the ages and experience it all first hand.

You can also find a whole batch of artefacts and indoor exhibits including weapons, dress items and various changing exhibitions.

During the summer you can also experience guided tours, horse and cart rides, freshly baked products and more.

The museum is open year-round and has varying hours depending on the month and day so be sure to check the latest times before visiting.

Originally opened in 2005, this has been a popular attraction for tourists over the years.

The Center shows an exciting combination of temporary and permanent exhibitions that explore themes related to peace, war and conflict resolution.

Love the Vikings and want to learn more about their origins and even see a real-life Viking ship?

At the Viking ship museum, you can!

As well as the most preserved example of a Viking ship you can see plenty of other artefacts and items discovered from the many Viking tombs around the area and all on display for visitors to experience and learn more about these fascinating people.

Look at the street art 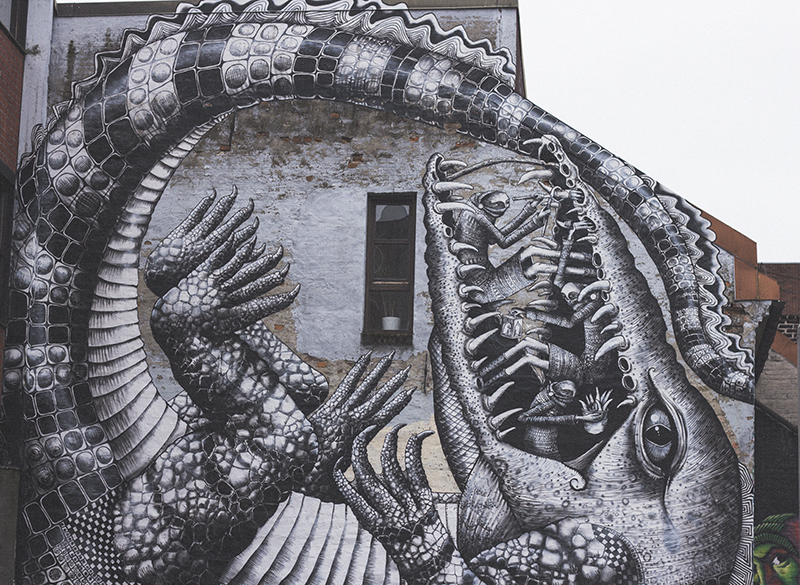 If you’re looking for something free to do in Oslo and you’ve got a few hours to kill then it’s worth taking a wander around and looking at the street art on show.

Some of the best pieces, in my opinion, live over in the Toyen district of the city which isn’t too far if you hop on a metro and head east. You can get there in around 3 minutes from Oslo central station.

Worth it if you ask me.

There are plenty of other pieces of street art closer to the centre if you don’t fancy heading too far out or if you’re short on time.

Head over to the Oslo School of Architecture and Design and you’ll find plenty around there.

It’s also really close to our next recommendation.

Just around the corner from the design school, you’ll find Mathallen which is an indoor food hall and market which is great for getting an insight into the food and drink from local producers and restaurants.

Walk around and smell the fresh bread, buy some of the macarons and just take it all in.

A great stop to spend some time out of the cold and grab a bite to eat before heading off to explore some more.

A common question when it comes to visiting countries like Norway is whether it’s an expensive place to visit or not and being completely honest it is rather pricey when compared to prices of things over here in the UK.

Now, whilst that may be offputting to some, it’s something I always say that as long as you’re aware that things are more expensive then you factor that into your trip.

When you’re prepared for it, it’s less of a shock.

An example cost of things compared to here in the UK would be a cup of coffee.

Costs vary depending on what you’re buying also.

It’s always worth planning a budget before you go and sticking to that where possible.

I’d also recommend booking a shorter trip to Oslo as you can pack in enough things in a couple of days without feeling like you’re missing out and that also will help keep your costs down for your trip.

Perhaps you could even join a walking tour to help you see as much of the city from the perspective of a local guide.

So now you’ve got a list of things to do when visiting Oslo the only thing that’s left to do is book your tickets.

You can grab plenty of cheap deals to visit the city from an airport nearest to you.

We’ve included this handy widget to allow you to quickly check the best deals near you.