The views over Crovie (pronounced ‘Crivvie’ by locals) must be some of the most photographed in Aberdeenshire, and it’s no wonder.

Crovie is a remote but picturesque 18th-century fishing village, here in the North East of Scotland and it dates from a time where being on the sea was not only the main way of life but also the main way of transport.

The village sits on an incredibly narrow ledge, right at the base of the cliffs. In fact, it’s so narrow and close to the water, that to this day, cars can’t park by or reach a single row of houses. It’s not quite as challenging as it may have been in times past and while there is now an access road, cars instead, have to park a little further inland and to some degree, residents still have to transport bulky goods home by wheelbarrow.

I read that Crovie was much bigger originally, but due to storms and harsh seas, a number of houses and the path which leads to the neighbouring village of Gardenstown were washed away. I can truly believe it as the houses are feet away from the water and while I’m sure is beautiful during the summer, I imagine it becomes a very different place altogether during winter. Unfortunately, this storm and its destruction brought an end to the Crovie fishing industry and made it largely uninhabitable, except for those calmer seasons.

However, that was long ago and the path to Gardenstown has been restored, with many of the remaining houses have become holiday lets, which are very popular.

Access to the street of houses in Crovie village is by way of a footpath along the front of the water. I didn’t want to intrude too much or spend too long hovering by the houses just for the privacy of the residents that live there but, if you are looking for a nice Scottish coastal holiday, there are a number of cottages, B&Bs and self-catering accommodation available for booking. 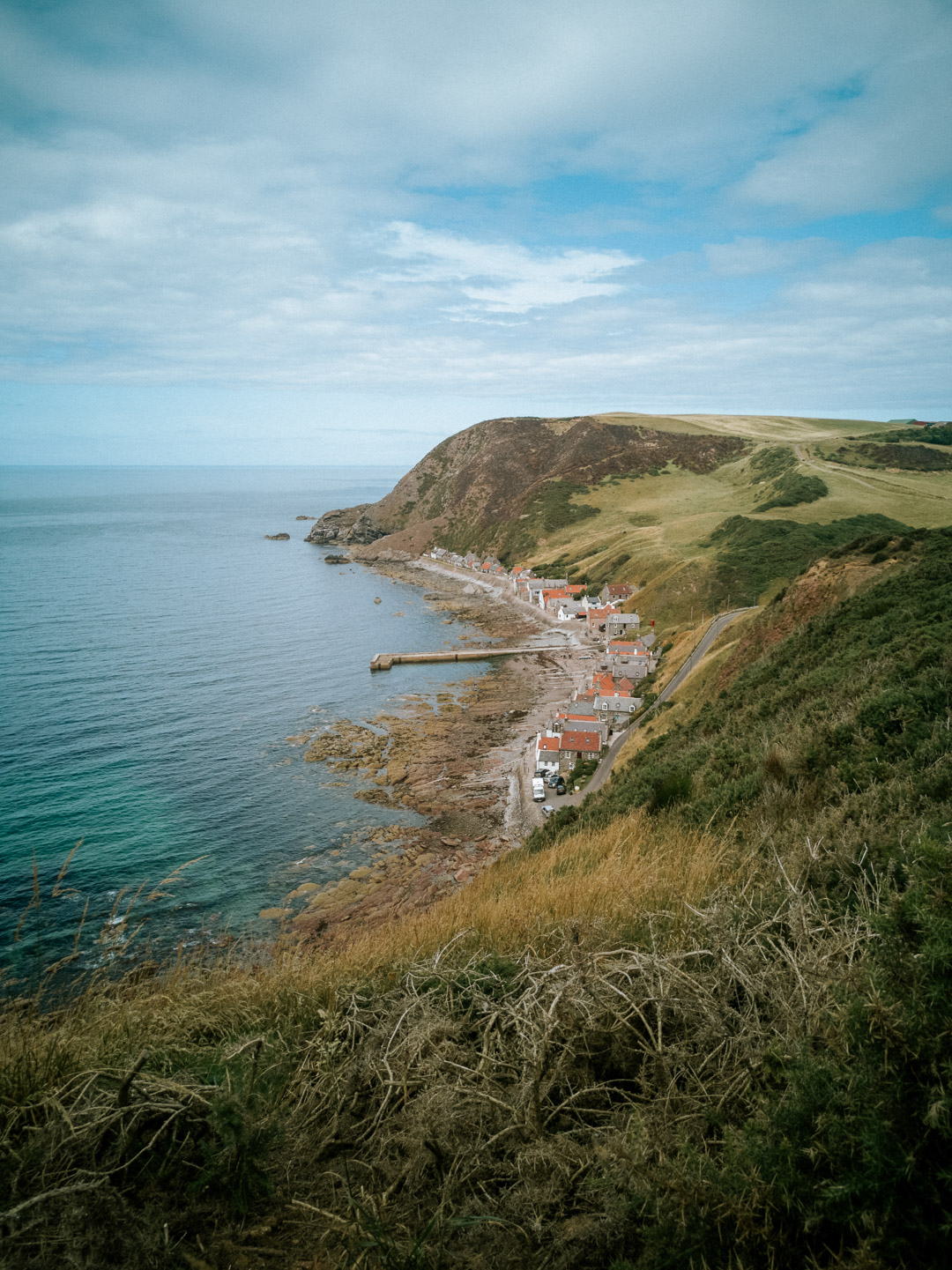 For visitors hoping to explore Crovie, there is a car park at the viewpoint overlooking the village and further parking by the final bend as you head towards the village. Drivers are discouraged from driving all the way down. Once parked, there is a steep walk down to the houses or you can choose to take the stairs. I’m not sure which I would recommend as the way down is always a lot easier than the way up.

In terms of things to do in Crovie, there’s nothing that I know of. It is an incredibly small village with a dozen houses. Personally, I would recommend visiting the Crovie viewpoint if you are looking for that infamous picture of the village.

Despite a lack of things to do, it’s a wonderful area of the East Coast to visit and you can find it near two other popular villages Pennan and Gardenstown.