I recently visited the Cowshed Restaurant in Banchory for a friends birthday. I had visited once before for lunch, but I had forgotten how good it was and how much I enjoyed the food, so I wanted to share my experience with you before the inevitable happened again!

I am not overly familiar with the area or with Banchory restaurants so when we took a mid-afternoon drive out there and began to think about food, I really wasn’t sure where to go. Luckily, we are not fussy eaters but as it was for a birthday, we were being a little fussier in choosing where we wanted to go and that tends to be where problems arise.

We did the usual, as most of us do, we searched on Tripadvisor for the best restaurants in Aberdeenshire. Sifting through the list for somewhere nearby that looked a little fancy without being extravagant and that had great looking food, luckily I spotted The Cow Shed and I remembered that first visit, so I was straight on the website to look for a menu.

Reading a little about the Cowshed, I can see that they love to support the local community and use local produce as much as possible. From their own description, it is a Scottish restaurant which offers mainly traditional Scottish inspired dishes using high quality, fresh seasonal Scottish produce. In short, simple foods, done well. And that is my favourite type of cooking. 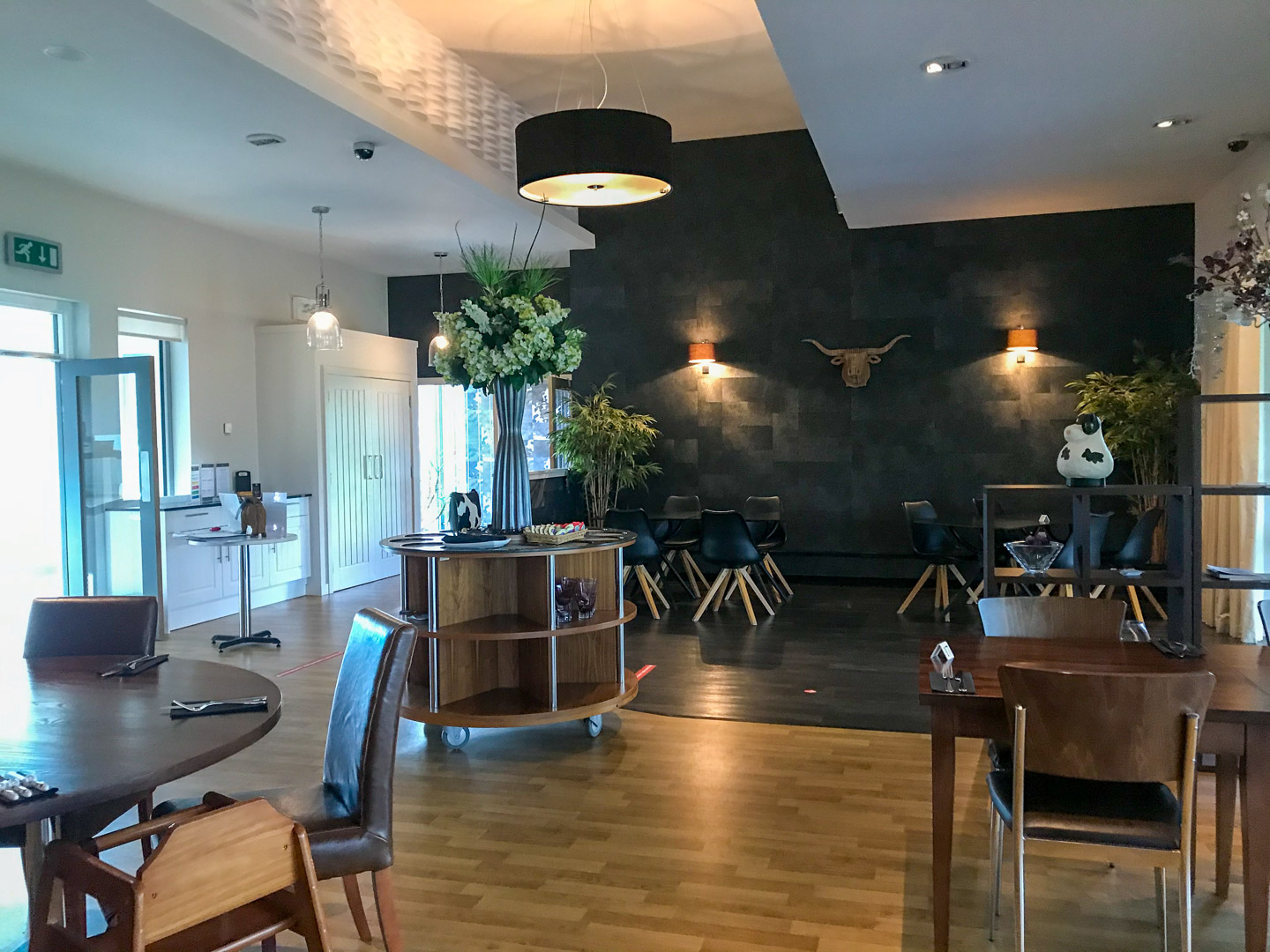 The interior of the restaurant is quite dark and plainly decorated, a more modern, clean and stylised aesthetic with soft lighting and is very spacious but my favourite area would be their conservatory which offers fantastic views over the fields and the cows. If you can request a table with a view, I would recommend it, especially as we had visited around sunset which was beautiful.

As it was a birthday celebration, we went for the full three courses. It’s always nice to have tried more dishes and be in the position to give a well-rounded review. 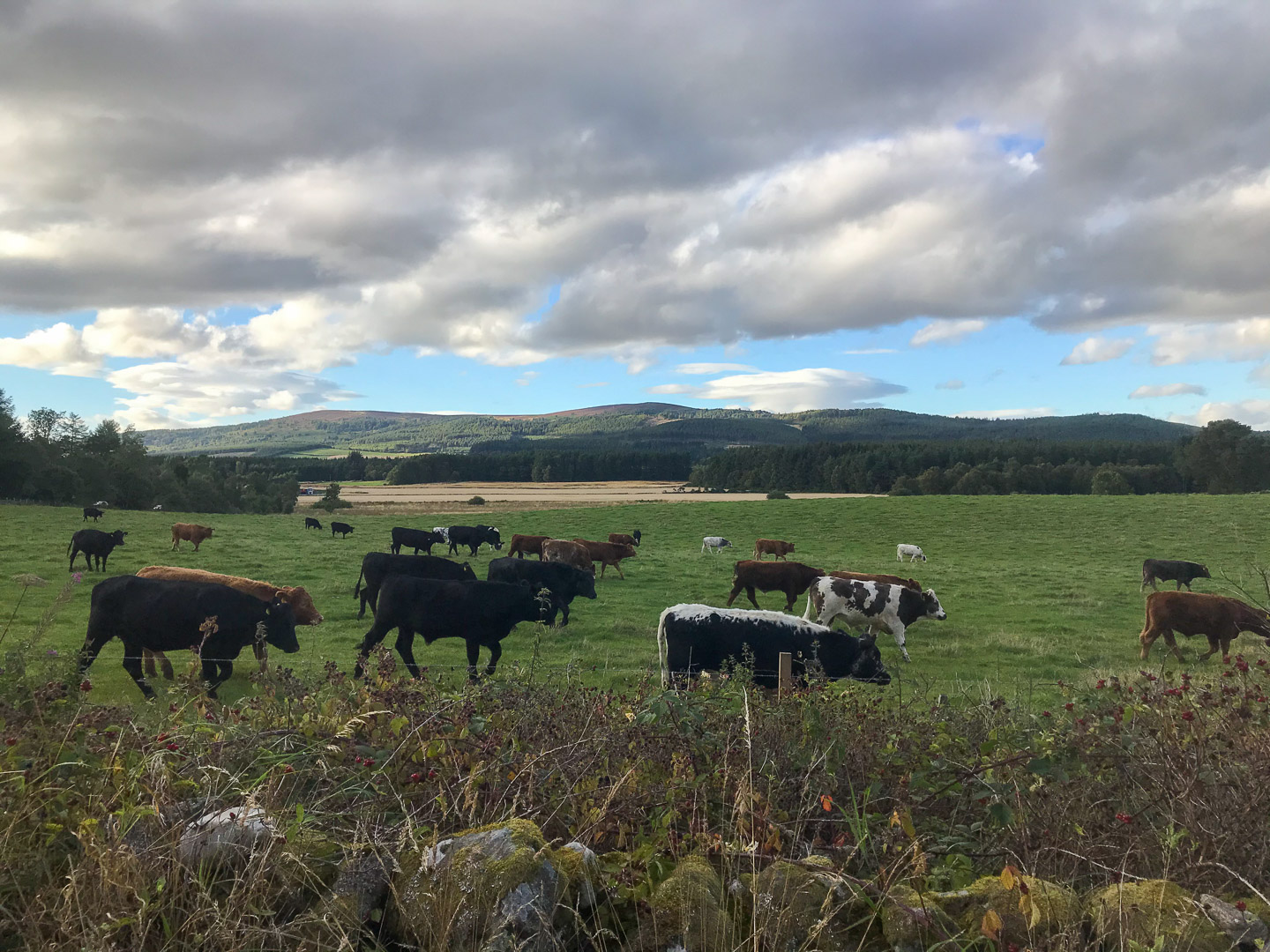 To start, I chose the Black Pudding with ‘crispy thyme and potato rosti, slow-cooked egg and peppercorn sauce’. I know black pudding can be a very hit or miss option but I love it and the dish was presented very nicely on a black plate.

I thought that the black pudding was very tasty and I imagine it was local. From experience, I do tend to have a preference for a Stornoway black pudding (it’s where I’m from and what I’m used to) so I was pleasantly surprised that it had that rich peppery flavour as I don’t usually find that Aberdeen black puddings have that.
The potato rosti was a little crunchier than I would have liked, but it was again, enjoyable and the egg was perfectly cooked with a rich and velvety yolk. The only negative that I have regarding this dish is the added peppercorn sauce, and I want to say that there was nothing wrong with the sauce but only as the black pudding itself had a very peppery flavour, adding a peppercorn sauce was almost too much of an overpowering flavour which led to the rest of the flavours being lost. 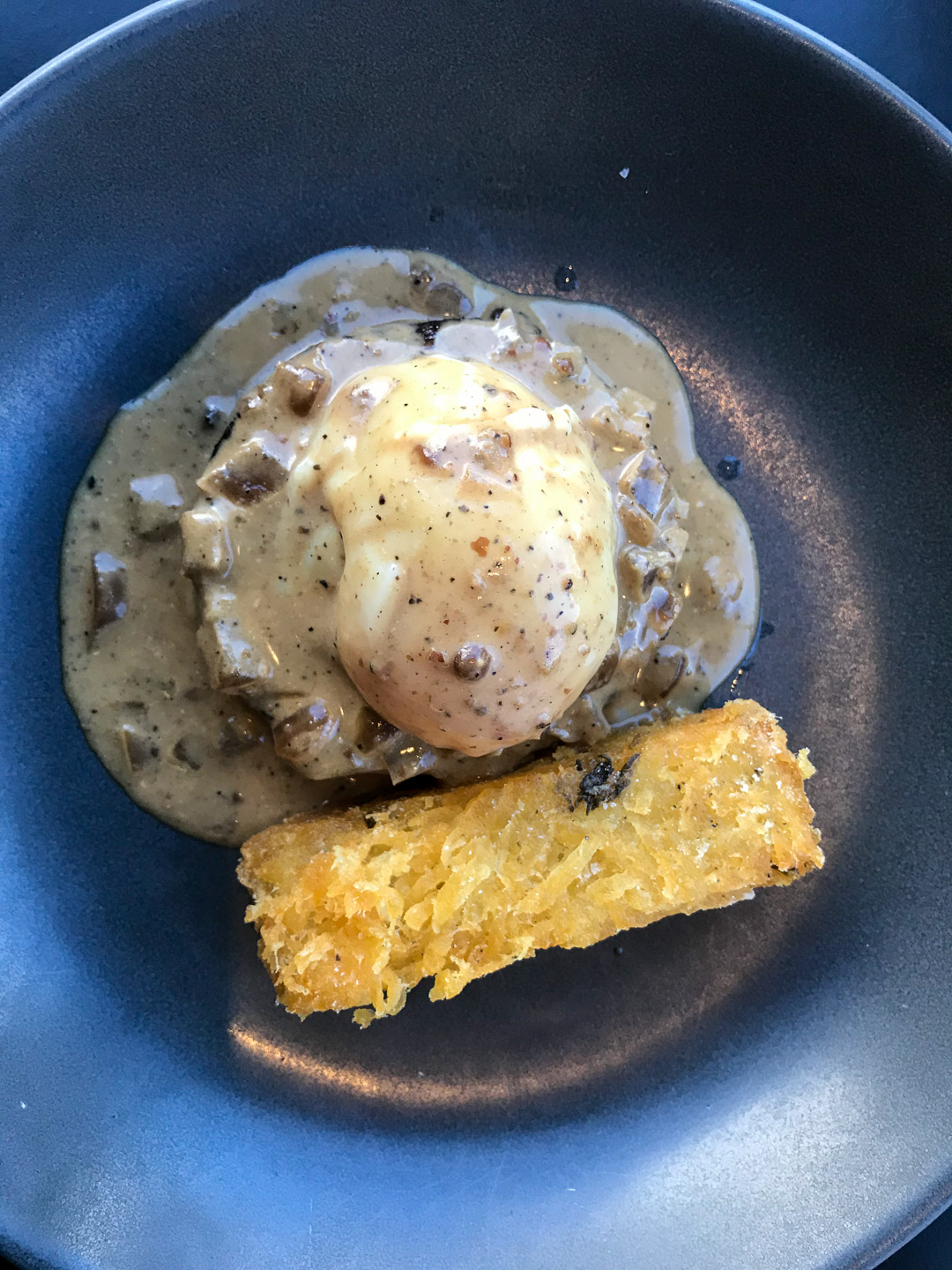 My friend ordered the Atlantic Prawns with ‘classic cocktail sauce, buttered bread’. We are both big prawn cocktail fans so it was inevitable that one of us would order this and it was really refreshing. Crunchy lettuce, meaty prawns with a nice and creamy sauce. It was delicious.

For the main, it was National Fish and Chip Day 2020 so we had no choice but to order some of their finest! You can opt for pizza, chicken dishes or burgers (they are a member of the Scotch Beef Club!) among others but we both decided to choose a fish main in celebration. 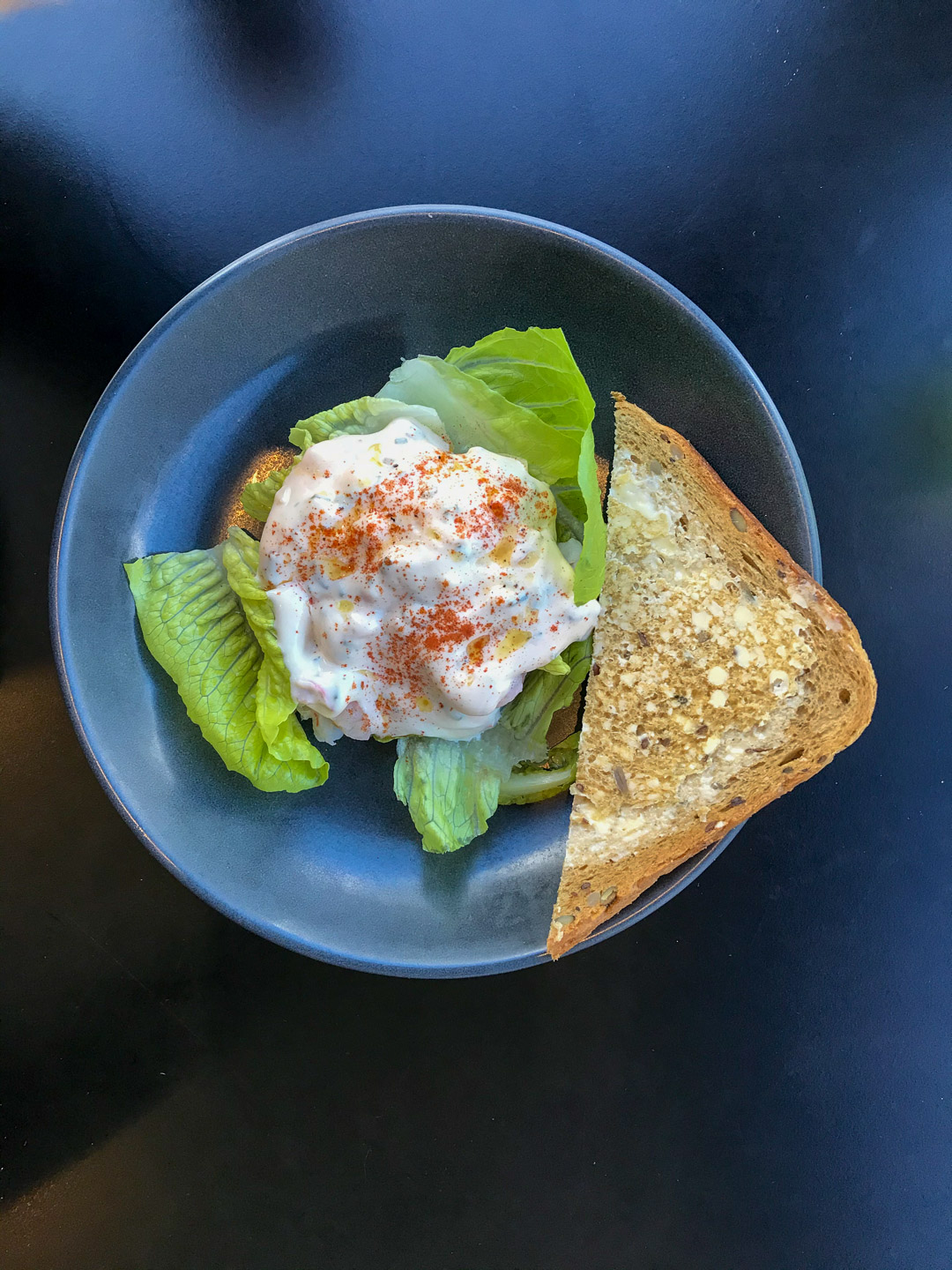 One thing that you may not know is that The Cowshed restaurant is attached to the Cowshed Chipper, so you know where to go if you are looking for great fish and chips Banchory! Nothing beats good chip shop chips and to know that they come from the actual chipper, we were both very excited. 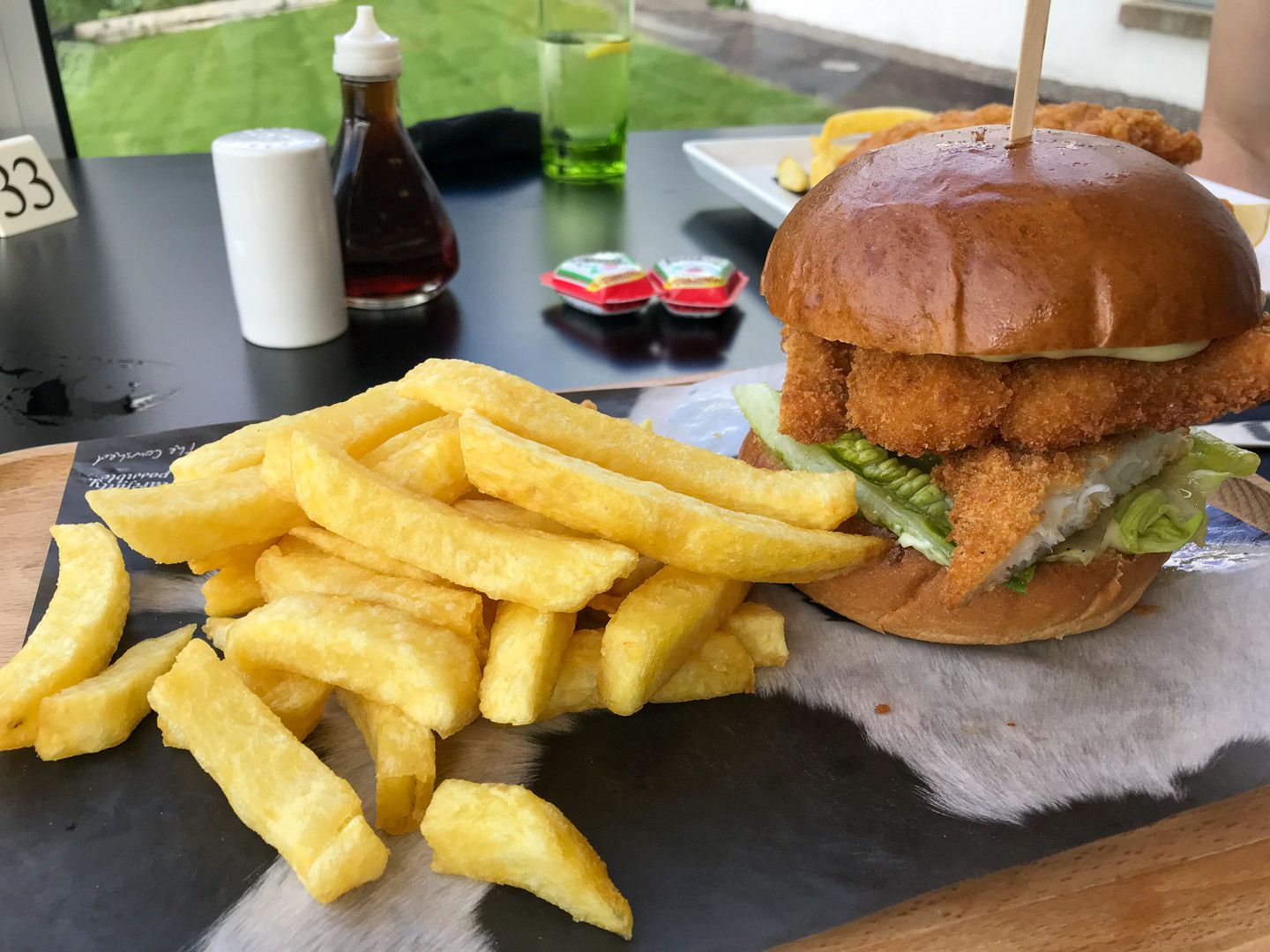 The fish and chips arrived and despite mine being in a soft brioche burger, I would say that we both received similar sized fish portions. The portion sizes were really big which in honesty, I would expect to match the £12.50-15.95 cost but we were disappointed to see that the addition of peas was classed as a side option and not part of the meal. I would, of course, expect that if I were ordering from the takeaway but felt that as part of the restaurant meal that it should be included as standard.

The fish was very nice to eat, both in batter and panko crumb while the tartare sauce was creamy but had the crunch and tang that you would hope for. The chip shop chips were delicious, I tend to douse mine in salt and vinegar and they were just as pleasing as I had hoped them to be. 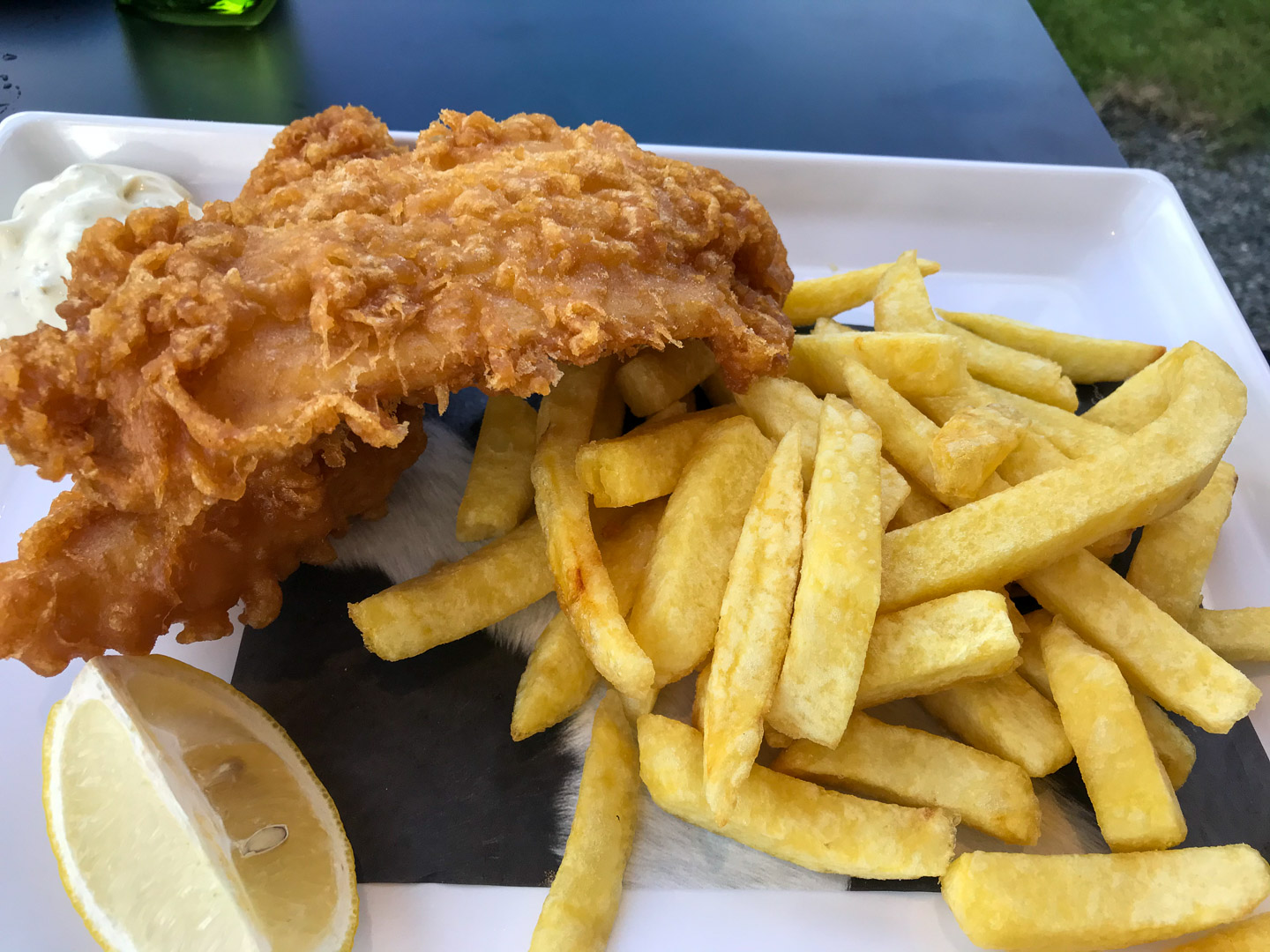 For dessert, which I think I can safely say that neither of us needed but were determined to have regardless. I chose the Sticky Toffee Pudding while he chose a Brownie with Ice Cream. Both desserts were nice but I wouldn’t say that they were my favourite dish. They didn’t feel as soft and fresh as I had hoped for but perhaps reheated and had a little bit of a chew. I now wish that I had opted for one of their many ice cream and sorbet flavours as they sound delicious and a lighter way to end a meal. 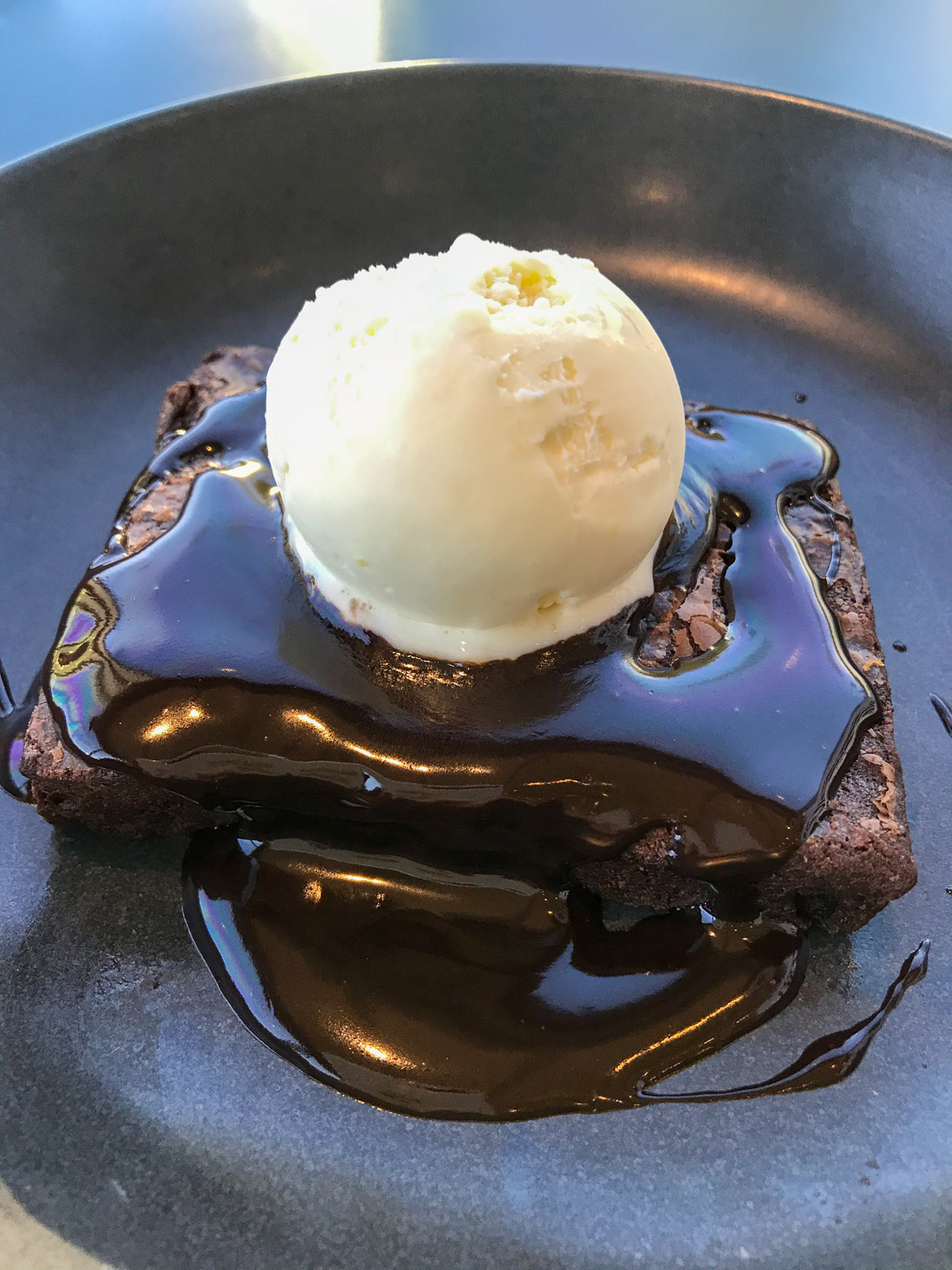 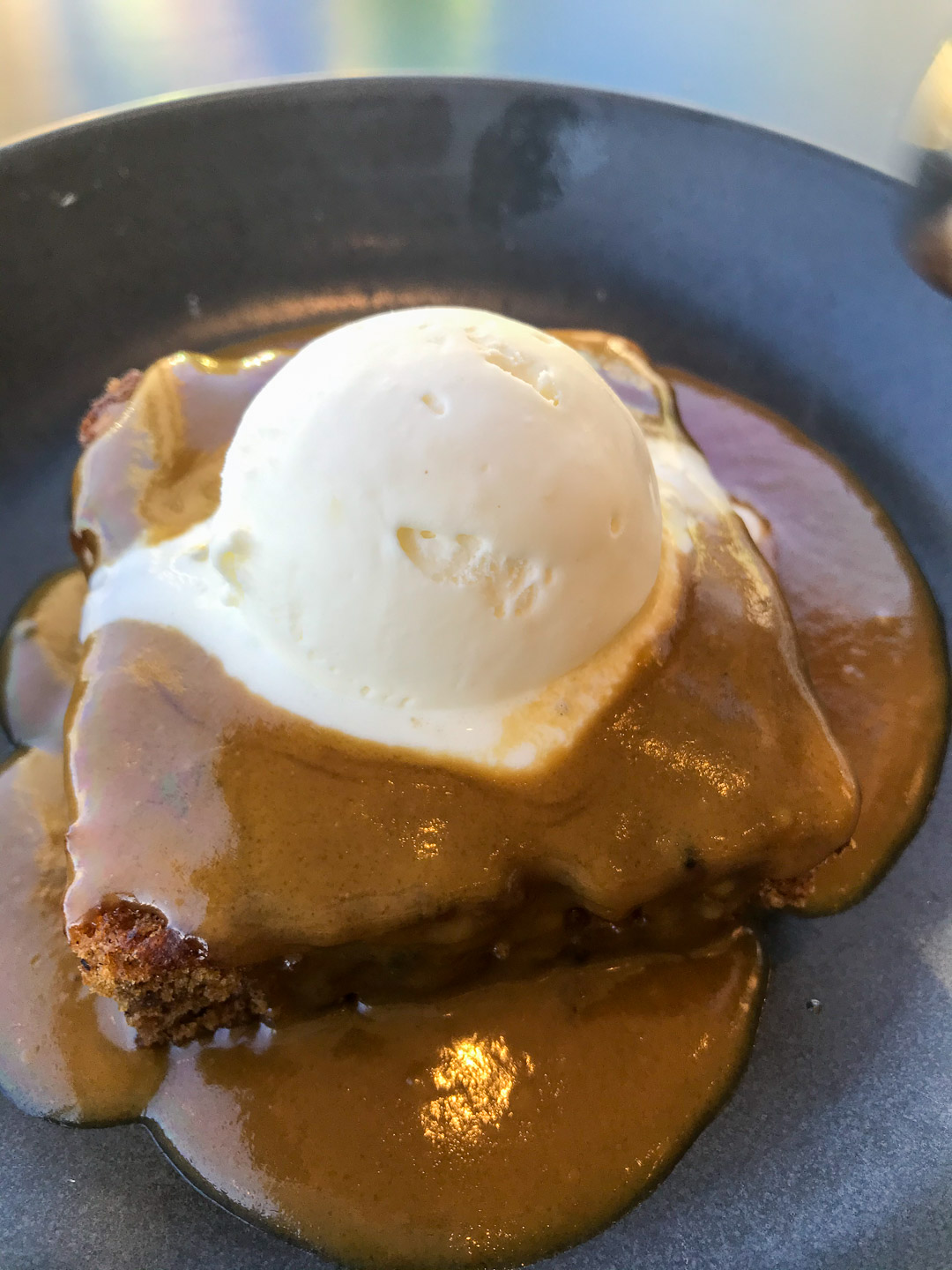 The food and the atmosphere at The Cowshed are very worthy of a visit and the service experienced is next level, while still being entirely approachable and friendly.

While I have noted some criticisms because it would not be right to simply leave a glowing review with no critique, it in no way reflects my overall opinion that The Cowshed is one of the great Aberdeenshire restaurants to visit and I look forward to returning for their Sunday lunch menu which sounds delicious!

If like us, you are looking for places to eat just outside of Aberdeen, make sure to check out The Cowshed Restaurant and Takeaway!